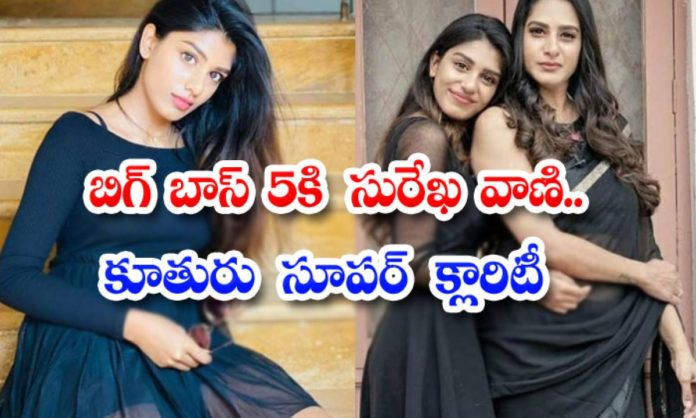 The 5th season of Telugu Big Boss is set to start on September 5, 2021. In this case, a list is coming up claiming to be the contestants of the upcoming season. The list also includes the name of actress Surekha Vani. Surekha’s daughter has shared an explanation on social media regarding this.

Sureka Vani, who was said to be attending the Bigg Boss 5 Telugu show, commented on social media and posted clarifying her participation but later removed that post. Since she removed that comment, netizens believed she might enter the BB house. In this case, her daughter Suprihta said that her mother is not going to the Bigg Boss house. She said she did not like the concept.

Popular actor Nagarjuna will host big Boss 5 Telugu show. All contestants will be on quarantine for 15 consecutive days starting August 22nd. BB5 Telugu is expected to premiere on Sunday 5th September 2021 at 6 PM.

Uppena super hit film star Krithi Shetty is rumored to be appearing in the pilot episode of Bigg Boss 5. Since she is a trending person in Tollywood, her appearance might explode the TRP of the grand premiere. It was Nagarjuna who suggested Krithi’s name.

Bigg Boss 5 Telugu vote for week 2 has seven nominations, who will be eliminated?