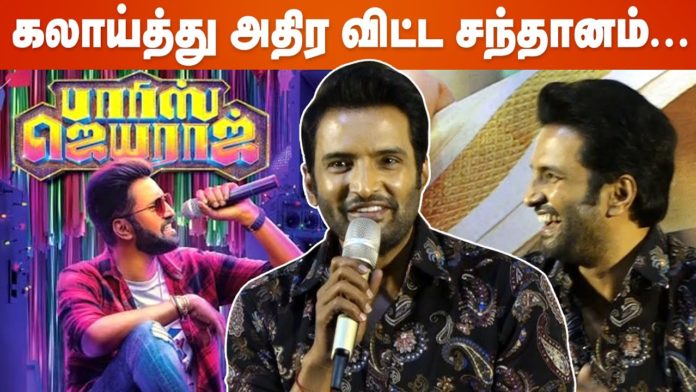 Santhanam also gave exciting answers to the interesting questions asked to Santhanam in the press meet of the film ‘Paris Jayaraj’ which was held today.

One of the journalists asked Santhanam, ‘You have acted as a comedian in many of the films starring Udayanithi in this Q&A show and have been instrumental in that film’s success. Similarly, he is currently actively involved in politics. Will you help him in politics too?’

Responding to this question, Santhanam jokingly said, ‘I think of campaigning if given a Rajya Sabha MP post. So, for now, I have no chance to get involved in anything other than cinema. When Udayanidhi was acting in the film, I expressed my best acting to come out well. I like to be in performing as well. I have no intention of getting involved in politics for now. ‘