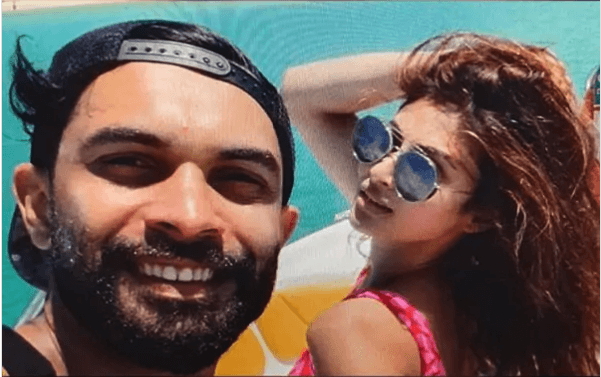 Mouni Roy is riding the chariot of success these days. Mouni Roy, who has made a leap from TV world to film world, is getting more than one offer at this time. Soon to be seen as a lead actress in Mouni Rajkumar Rao’s film Made in China. As soon as the shooting of the film ended, Mouni had started promoting the film and in the meantime she had gone to Thailand with her special friend Rupali Kadyan and her husband.

During this, Mouni Roy shared more than one picture on social media and every one of his pictures was also liked by the fans. Now it is being heard that besides Rupali and her husband, another person was with Mouni. Yes, Mouni was with Dubai banker Suraj Nambiar on this vacation, if we look at a report by Spotboye.


According to the report, Mouni and Suraj Nambiar are dating each other. Right now, information has not been revealed as to when, how and where Mouni Roy and Sooraj’s friendship took place, but there is more chance that this person has pierced Mouni’s heart.

Actually, the rumor of their linkup has cropped up due to this picture. Yes, Rupali shared Mouni and Sooraj’s picture on her Instagram account, but within a few minutes she also deleted the picture. In such a situation, it is believed that Rupali must have done this only at the behest of Mouni.

When u meet @sashajairam even for a few minutes make sure she takes a few shot of you !

Mouni gave this answer
When asked about this to Mouni, she denied it. Mouni has said, ‘This news is not true. Many friends came to celebrate my birthday with me. I am single and at the moment I am only focusing on my work. Mouni further said that, “I have been troubled by such rumors.”