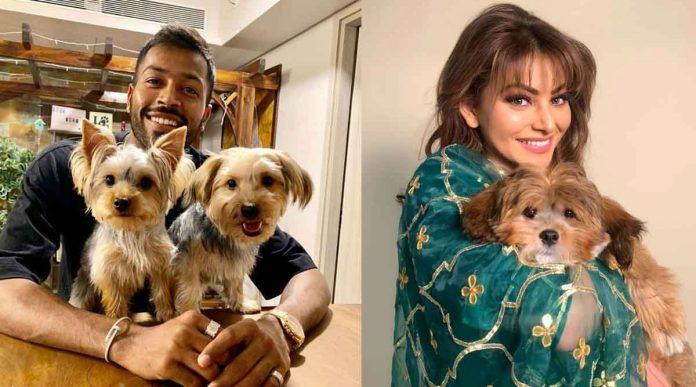 Indian all-rounder Hardik Pandya has gifted a puppy (Pappy) to actress Urvashi Rautela for congratulating her for playing the role in the movie Pagalpanti. Urvashi has shared a beautiful picture of this little guest who has joined her family on Instagram, which has been gifted to her as a congratulation for ‘Pagalpanti’.

Urvashi, however, has not confirmed who has gifted the puppy. An unconfirmed report says that Pandya has gifted it. According to sources, knowing that Urvashi is fond of pets, Pandya ensured that she had one of the most beloved breed.

In 2018, there were rumors that Urvashi and Hardik Pandya are in a relationship. Recent discussions have intensified speculation about whether something is brewing between the two once again. ‘Pagalpanti’ is a comedy film directed by Anees Bazmee which is released on Friday. The film also stars John Abraham, Arshad Warsi, Pulkit Samrat, Ileana Dikruz and Kriti Kharbanda.