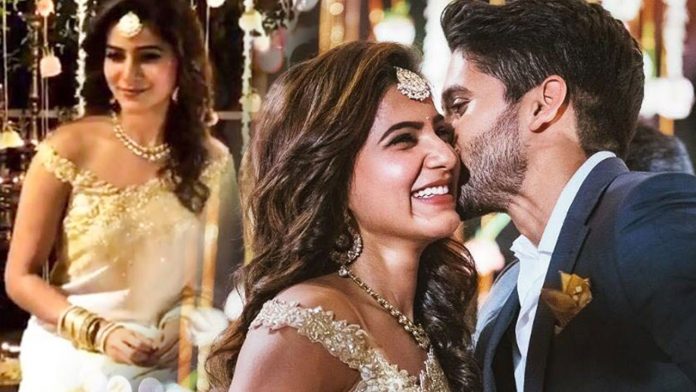 This is a happy and sad news for actress Samantha fans, they should be happy because their favourite actress will be reaching motherhood soon and it’s sad because she will be out of movies for few years. Popular youtube channel Valaipechu has confirmed that actress Samantha Akkineni is pregnant and that’s the reason she opted out of Vijay Sethupathi Vignesh-Sivan starrer “Kaathuvaakula rendu kaadhal”. Kaathuvaakula rendu kaadhal initially starred Vijay Sethupathi with Nayanathara and Samantha but later Samantha opted out of this movie. The reason being she is pregnant and cannot take up anymore acting roles.


It must be noted that actress Samantha Akkineni married popular Telugu actor Naga Chaitanya in October 2017. Naga Chaitanya is the son of telugu Superstar Nagarjuna and grandson of Akkineni Nageswara Rao. There is no official confirmation from the actress or her husband on the same.