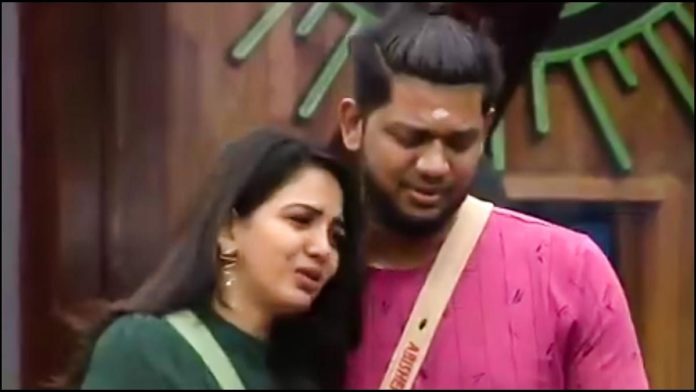 Raju Murugan’s’s comment about Abhishek lying on the lap of Pavni Reddy, a contestant on Bigg Boss Season 5, was seen iyesterday’s’s episode as a new romantic couple? The question has arisen among the audience.

Pavni Reddy and Abhishek Raja have been close for the past two days on the Bigg Boss show. Abhishek Raja criticized everyone that Pavni Reddy is still young and that college students and even school students can propose to her that she is so beautiful to look at.

Abhishek then asked Pavni if her serial was a comedy or serious one and she said it’s a combination of both. We’ve seen a lot of lovers emerge every season on theWe’ve Boss show. Fans who have seen Oviya Arav, Mahath – Yashika, Kavin – Losliya and Balaji – Shivani will form a romantic couple this season as well? It remains to be seen. It is noteworthy in this context that both Pavni Reddy and Abhishek Raja have already divorced their spouse.