Home TV Shows India's Got Talent 2022 India’s Got Talent 9 Elimination and Top 13: Who Will Be Eliminated...
Facebook
WhatsApp
Twitter
Telegram 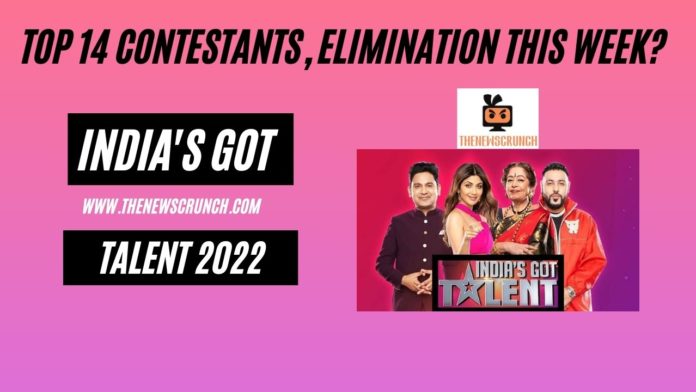 India’s Got Talent 9 (2022) progresses its entertaining journey with an incredible set of talented contestants. Arjun Bijlani is the host of the show while Shilpa Shetty, Badshah, Kirron Kher and Manoj Muntashir form the judges panel for IGT Season 9. The top 14 contestants will put their best foot forward in this week’s episodes.

Risabh and Badshah set the stage on fire with their exhilarating performances. However, the limelight shifts to the talent top 14’s performances this week. Will Rishabh make it to the best performer’s list for this week?