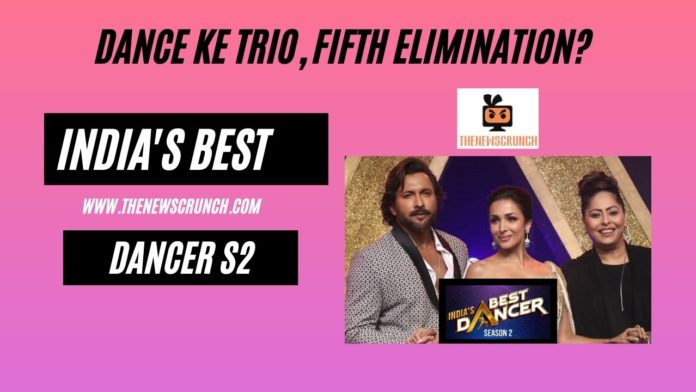 Four eliminations took place in India’s Best Dancer Season 2 so far as the competition intensifies. However, there are high possibilities of the fifth elimination taking place this week. The judges Terence Lewis, Malaika Arora and Geeta Kapoor will eventually get into the critical task of eliminating one of the gifted contestants from the crackling reality show. However, the audience is intrigued to find out the best performances for this week as the elimination suspense looms large.

Kanchi Shah and Apeksha are the two eliminations last week in a shocking double elimination. This weekend in India’s Best Dancer Season 2 will feature the dancing trios which will add to the vigour and charisma of the talented dancers. A dancing spectacle is on the cards this weekend.

IBD Season 2 contestant Milind and Chandni chalked out a very romantic performance during the  episode. It was a delight to watch the duo as judge Geetha master was in peak admiration of the duo.

However, there was a shocking double elimination last week. It will be interesting to see who will be the fifth elimination of IBD Season 2.