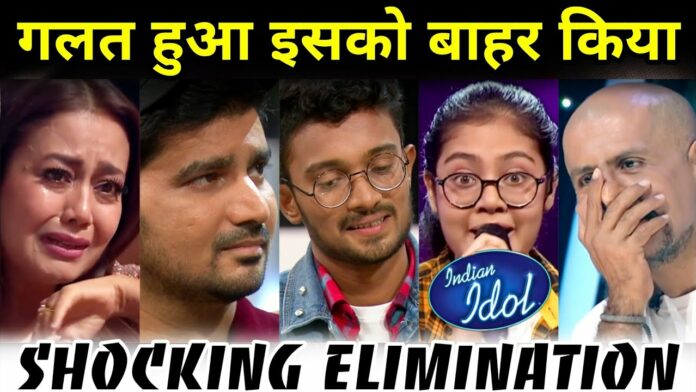 Sony TV’s sensational musical reality show, Indian Idol Season 13 is back this weekend. The special episode on Sunday (16th of October 2022) will feature the special guests like Tanuja and Sharmila, famous heroines from the ’70s. This weekend will feature the top 15  Indian Idols competing for a slot in the Indian Idol 13 top 14. The quest to enter the safe zone begins as first elimination danger looms large.

No elimination took place last week in Indian Idol 12 in the last two weeks. The top 15 contestants continue to woo the audience.

The judges’ panel featuring Vishal Dadlani, Himesh Reshmaiyaa, and Sonu Kakkar will witness some of the glorious music delights of this weekend. The special renditions on Sunday’s episode will feature the Leading leadies special episode. However, the audience is eagerly awaiting the first elimination of Indian Idol 13.

The episode on Saturday (16th of October 2022) for Indian Idol 13 will feature the nostalgic performances of India’s top 15 blessed singers from their hearts to the living legend, Tanuja and Sharmila. One of the most consistent performers, Pritam impressed the special guest with her performance which was a treat to the audience. However, will Pritam become the first finalist of Indian Idol 13?

Bidipta cruised into the top performers in Indian Idol 13. There are multiple star studded singing talents waiting for an opportunity to make it big this season. While Pawandeep was the heartthrob of last season, Rito Riba has the right charisma to woo the North Eastern fans and the rest of the country with his talent.

Watch as Sharmila ji is enthralled by Bidipta's performance in this "Leading Ladies Special"! 😍🎶

The currently active fifteen Idols will perform this week on the Indian Idol 13 stage. However, it will be the last performance for one of the singers. No singers were eliminated so far from Indian Idol 13. The suspense behind the first elimination is lurking in the minds of the audience from the last week.

The fight to enter the top 14 contestants of Indian Idol 13 will reach an epic showdown this week. Fifteen other contestants did not make it to the top 15. No official eliminations took place so far. According to reports, one male contestant will be eliminated this weekend.

The voting lines for Indian Idol Season 13 will be open until the midnight after Sunday’s episode.