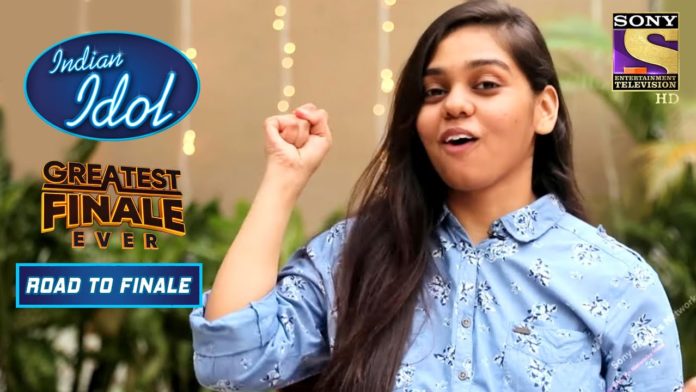 The biggest plus point of Shanmukhapriya is that she is the most amazing voice of the season. She modulates every song in her own way and makes it rock. The dull song in his voice also seems to be very energetic. It is her strength that she can make boring songs interesting too. However, she has also been trolled many times for this.

Shanmukhapriya is the most trolled singer of this season. SMP has been trolled tremendously among people for his voice and singing style. For this reason, Shanmukh has got the support of many big personalities. Shanmukh has been supported by many famous celebs, including Aditya Narayan, AR Rahman, Anu Malik, Javed Akhtar, and Karan Johar, which can be very useful for Shanmukh in the finale.

The most important thing about Shanmukhapriya is that he is very confident. Whenever she comes on stage, she only looks on stage. His enthusiasm on stage is always high. His attitude and confidence will help him deliver a stellar performance in the finale and impress the rest.

This is a great strength of Shanmukhapriya. Shanmukhapriya not only sings but also registers his presence on the stage with pomp. His stage presentation makes everyone crazy about him. She is not only a good and unique singer but also a great performer. Many guests who came in the season have even given him rockstar status.

However, Shanmukhapriya also has some drawbacks. She sings every song in her own way, which is her plus point and her weak point. People feel that they cannot sing soft or melodious songs. Whenever she sings soft songs, she also has a glimpse of a rock/jazz song. This is her shortcoming.

The second is that her fan following is not much. Makers also do not promote her much on the show. In such a situation, it may be that they get a little fewer votes in the finale. However, Shanmukhapriya is a complete contender to become the winner. Now let’s see what happens on 15th August.