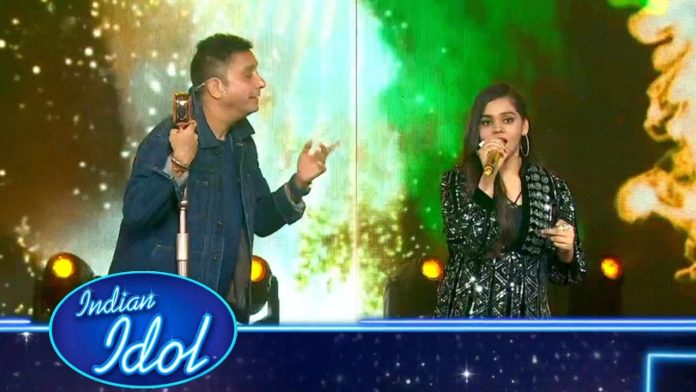 The famous singing reality show Indian Idol 12 has now moved towards Finale. There are 9 singers left in the show, one of which will become the winner of this season. Neha Kakkar, Himesh Reshammiya, and Vishal Dadlani, the judges of the show, already want to see their favorite singers become winners. While Neha Kakkar wants to see Arunita Kanjilal becoming a winner, Vishal Dadlani is a fan of the voice of Sayli Kamble.


Anu Malik has chosen the season’s yodeling queen Shanmukha Priya as her Indian Idol winner. Shanmukh gave a great performance in the Kishore Kumar special episode. After his performance, Anu Malik went on stage and said that he would have made Shanmukh Priya the Indian Idol winner if he were on his bus. Even before this, Shanmukh has been offered his composition songs several times. This is a setback for Pawandeep Rajan. Anu Malik has been seen crossing all limits for Pawandeep many times in the show. Also, Anu Malik went on stage twice and lifted Pawandeep in his lap.


Talk about this season; there are currently 9 singers left in the season. These include Pawandeep Rajan, Mohammad Danish, Sawai Bhat, Shanmukh Priya, Arunita Kanjilal, Ashish Kulkarni, Nihal Taro, Sayali Kamble, Anjali Gaikwad. By the way, which singer would you like to see become the winner of the show?