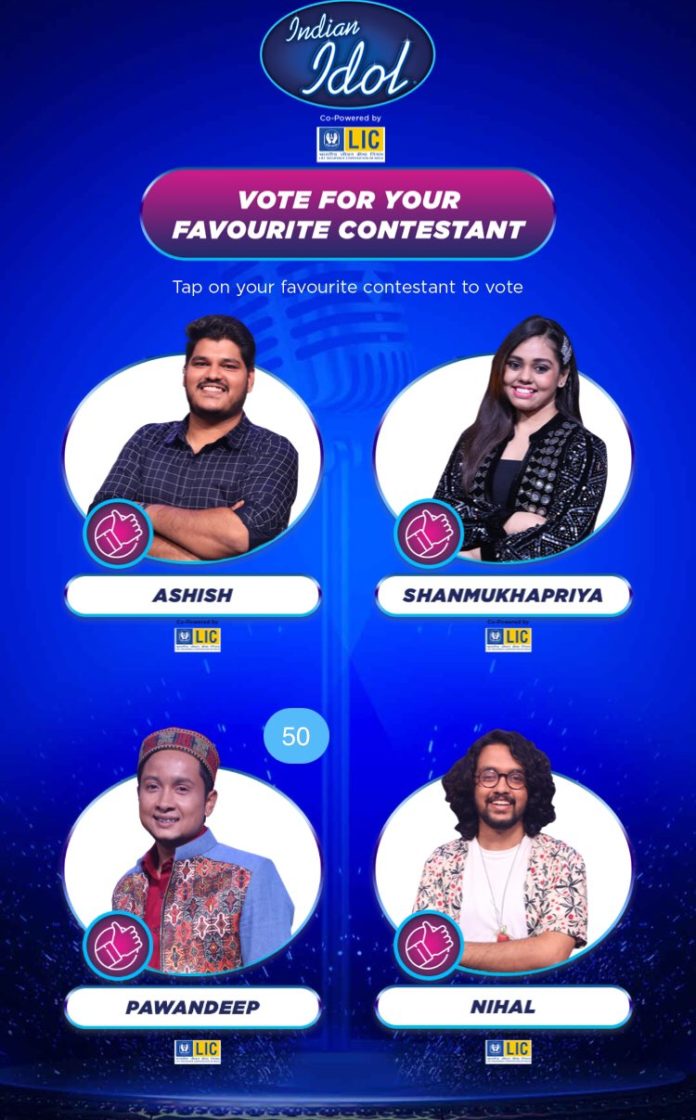 Pawandeep Rajan is one of the most loved contestants of the singing reality show ‘Indian Idol 12’. He has won everyone’s heart with his art. He has been a favorite of all the fans, guests, and judges. Like the previous weeks, this Saturday also the fans are pleased with Pawandeep’s performance. His strong performance got the fans excited.

Meanwhile, recently Pawandeep Rajan got a chance to meet former Chief Minister of the state Tirath Singh Rawat at his home in Uttarakhand. She was praised for her singing skills and also given a token of respect. Pawandeep was presented with a shawl and a state memento on his arrival.

The contestants nominated for this week are

Pawandeep is expected to get maximum votes, and it will either be ShanmukhaPriya or Nihal to get eliminated from Indian Idol 12. The finale of Indian Idol 12 will be airing on 1st August 2021.

Indian Idol 12 Elimination: One of the Top 6 contestants to be evicted before finale week

Indian Idol 12 Grand Finale: Neha Kakkar will not be a part of finale admist her pregnancy rumours

Indian Idol 12: Kavita Krishnamurthy and Kumar Sanu to be the chief guest this week