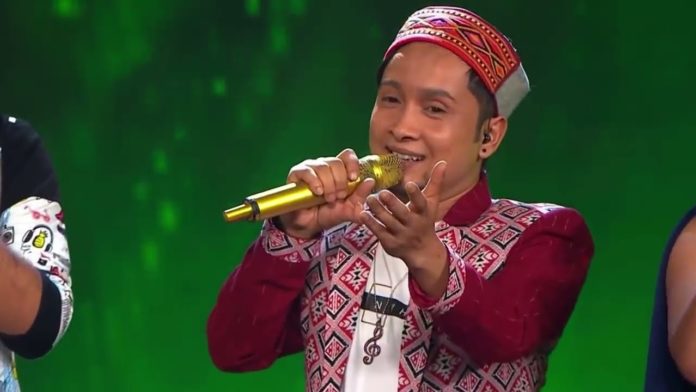 However, something has been seen on the show that fans of Pawandeep Rajan have become angry. In fact, in the last episode, Pawandeep Rajan geared up to perform Jagjit Singh’s famous Ghazal Lips Se Chhu Lo Tum in front of Dharmendra, but the trouble came when he forgot the words of the song in the middle. After this, he stopped singing and started leaving the stage.

Seeing Pawandeep Rajan getting frustrated, Sayali immediately took charge of the song, after which Pawandeep again entertained the judges. After listening to Pawandeep Rajan’s song, Dharmendra praised him fiercely and fed him parathas from his farmhouse.

But Pawandeep Rajan’s fans cannot believe that a singer like him can forget the word in between. Fans are constantly telling lies to the makers of Indian Idol 12 on Twitter. He says that the makers have made Pawandeep Rajan a scapegoat for TRP. Pavandeep Rajan is the best singer on the show, and the makers are planning to remove him forcefully.

You can see people’s comments below:

Pawandeep is always best… His voice is soulful and full of simplicity.. this is human error.. we should forget this.. kuch line bhool jane se wo bura singer nahi ho jata. We dnt know wht he is going through.. god bless you pawandeep. You alwys rock. Its ok.. aisa ho jata hai..

Pawandeep Rajan has made his place in the top 6. Viewers are treating him as the winner, but until the makers announce the top 4 contestants, declaring Pawandeep as the winner would be extreme with the rest of the contestants.