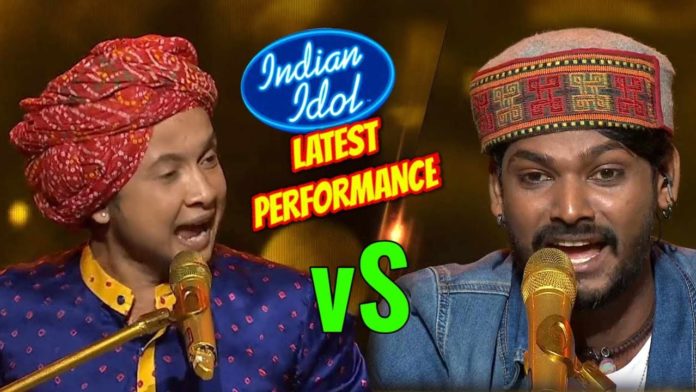 The controversies related to Sony TV’s singing reality show ‘Indian Idol 12’ are not seen to end soon. All the controversies related to this reality show are coming out these days. Amidst the controversies, the Boys Vs Girls special episode was aired on this show last week. During this, Anu Malik and Manoj Muntashir judged all the contestants. Singers like Arunita Kanjilal to Pawandeep Rajan and Sawai Bhatt gave more than one performance. During this time, the host of the show Aditya Narayan also revealed the name of the top 2 contestants of the show.

Aditya Narayan revealed at the end of the episode that this week Pawandeep Rajan and Sawai Bhatt were named in the top 2 contestants list. Hearing these two names, Arunita Kanjilal was shocked. Arunita Kanjilal gave a great performance from the last 2 weeks, due to which her fans expected that she would definitely join the top 2 contestants this week.

Only a few weeks ago, the host of the show introduced the audience to the rule called Powerplay. Under this rule, many contestants will be shown a way out of the show in the coming days and this time only the decision is going to be taken by the public alone through voting.

There is a demand for the exclusion of these two contestants
On social media, the audience demands from the makers that only good contestants should be sheltered in this show. Ever since Nachiket Lele’s elimination, viewers have been demanding the makers to drop Shanmukha Priya and Mohammad Danish from the show. Now it has to be seen which contestants will be shown the way out of ‘Indian Idol 12’ under the powerplay rule?