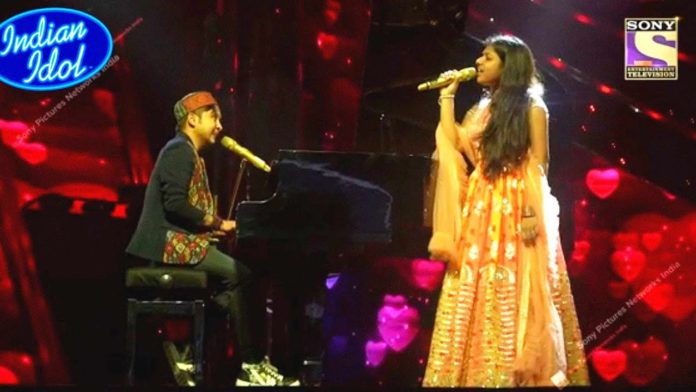 In Indian Idol 12, these days, the love story of Pawandeep Rajan and Arunita Kanjilal is going on. In each episode, some discussion is done about both, or they both perform together to get more attention from viewers. Apart from this, videos of both of them are also shared on the channel’s Instagram account, due to which the news of their relationship was very much in the limelight. Now, when asked Aditya Narayan about this, he told the whole truth.

Aditya said both are not in the relationship. Both of them never refuse, and this is good humor. Aditya said that the audience should focus on the contestants, their performance, and the show’s reality. We are all important characters in the show. We try to make the vibe of the show fun and whatever people are around us.

Aditya further said that all this is a strategy because if the show is 90 minutes, you have to do all this to entertain the audience. He also said that as he teases Pawandeep and Arunita, do you know if something happens between the two, and both will move on even if it does not happen. Right now, they are enjoying it.

Aditya gave the example of the news of his and Neha Kakkar’s link-up. He said people started feeling bad because they are our relatives. After this, Aditya gave an example of daily soap and said people know that the actors go to their real partners after saying the cut. Then why so much ruckus about reality shows.

Aditya had told a few days ago why he suddenly married girlfriend Shweta Aggarwal. He had said, “Covid 19 accelerated the process of our marriage. Actually, in the last lockdown, many small things about Shweta and me were debated because I missed them. Shweta’s house was half a kilometer away from where we live now, but we still could not get it. I used to get very upset due to this. With whom you love, you want them to always be with them. So for this reason, I decided that after this lockdown, there should be no more debate or fight between us.”