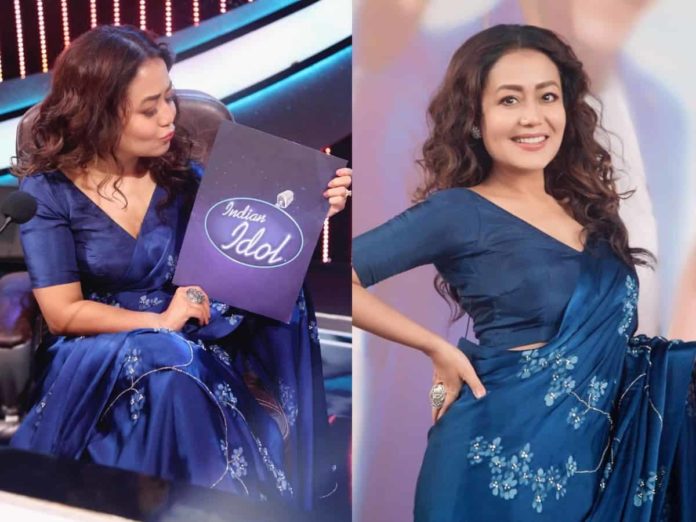 In the recent Indian Idol 12, the judge’s chair featured composer and singer Anu Malik and lyricist Manoj Muntashir as Neha Kakkar, Himesh Reshammiya, and Vishal Dadlani are no longer be a part of the show. If the sources associated with the set are to be believed, then the show Anu Malik and Manoj Muntashir will remain as the judges for the rest of this season. The reason for this is the change in shooting location.

The set of Indian Idol has shifted from Mumbai to Daman. There is a ban on shooting indoors in Mumbai, due to which the makers had to take this decision and they had to change the set. After which the three judges including Neha Kakkar expressed their inability to join the show. The three said that they have work commitments in Mumbai, due to which they cannot go for the shoot at Daman.

Significantly, the shooting of the Indian Idol is going on in the bio bubble and this reality show will reach its finale in a month and a half, it means that now both Judges Himesh and Vishal Dadlani, including Neha Kakkar, will not be a part in this reality show.

Indian Idol is not the only reality show whose shooting resulted in judges replaced. Madhuri Dixit, one of the judges in the dance reality show Dance Deewane 3, will not be seen for the upcoming four episodes. This show has moved from Mumbai to Bangalore for the shoot, though people associated with this show believe that Madhuri will join the show after a month.

Madhuri has taken a second dose of the vaccine and needs some time for recovery. Because of which she has taken this break. In the recent episode of Dance Deewane 3, Sonu Sood and Nora Fatehi appeared in place of Madhuri. In a recent episode of the children’s dance reality show Super Dancer Chapter 4, Farah Khan and Remo D’Souza were seen judging the show in place of Shilpa Shetty and Anurag Basu. However, Shilpa Shetty and Anurag Basu are expected to join this show very soon.