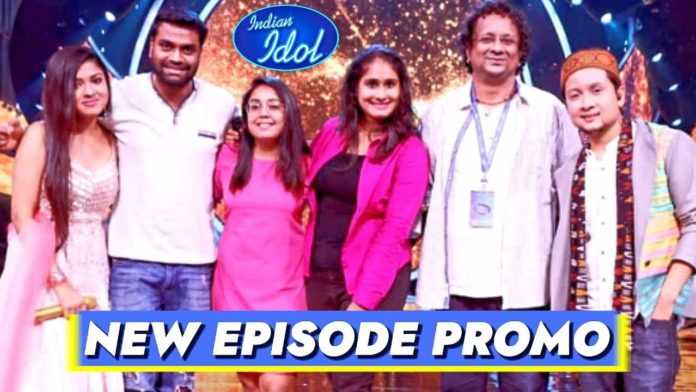 Last week, Bappi Lahiri and Reena Roy were seen as special guests in the popular singing reality show ‘Indian Idol 12’. In front of Reena Roy and Bappi Lahiri, all the contestants gave a brilliant performance one after the other. However, the fans are now desperate to know who will enter the episode as a special guest in the upcoming episode. In the latest reports, it has been revealed that in the upcoming episode, the pair of Bollywood industry’s veteran playback singer Kavita Krishnamurthy and Kumar Sanu will be seen judging the contestants this week.

According to Telly Chakkar, the contestants are going to get a tough competition in the upcoming episode of Indian Idol 12. Yes, you heard it right. This week the pair of Kavita Krishnamurthy and Kumar Sanu will bring a surprise for the contestants. All the contestants present in the show will have to perform on the songs of this pair. The audience is also eager to see the performance of the contestants on the blockbuster songs of Bollywood.

The show is being judged by Anu Malik, Himesh Reshammiya, and Sonu Kakkar. The host of the show is Aditya Narayan. At present, Sayli Kamble, Arunita Kanjilal, Nihal Tauro, Pawandeep Rajan, ShanmukhaPriya, and Mohammad Danish are left in Indian Idol 12. . In the coming episodes, it will also be interesting to see who gets eliminated from Indian Idol 12. Indian Idol 12 finale is expected to air on 15th August 2021.