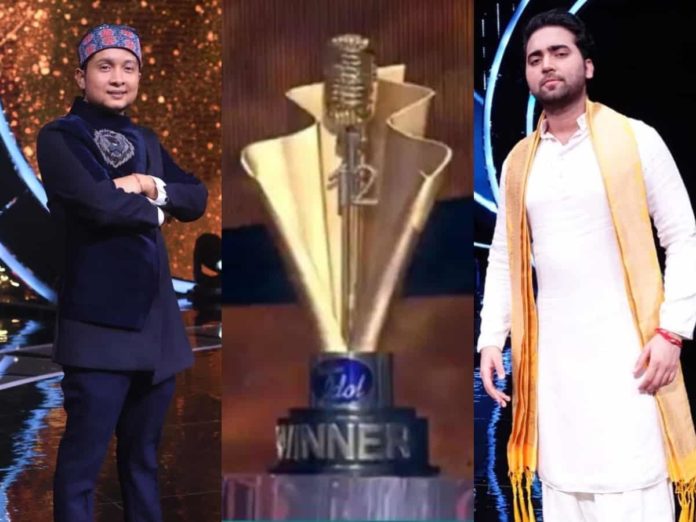 Singing reality shows Indian Idol 12 has just 2 days left in the finale, and 6 finalists have geared up for the finale to be held on August 15. Everyone is appealing to their fans to vote and working hard to give a strong performance in the finale.

In this special report, we tell you how singer Mohammad Danish (Mohd Danish), coming from Muzaffarnagar (Uttar Pradesh), can remind the rest of the singers of Chhati’s milk in this season finale. Let us tell you the advantages and disadvantages of Danish.

Danish is the most powerful voice of this season. His voice is very similar to that of Sukhwinder Singh. His voice wonders that he has been a dominating singer in the season from beginning to end. He has been in the top 3 right from the beginning, along with Pawandeep and Arunita. His voice is full of enthusiasm. Whenever he sings, it is as if he is roaring. Be it any song, Danish easily catches his touch.

Mohd Danish is the social media star of this season. He also creates funny videos, creates vlogs, and connects with fans 24×7. This is what makes them different from the rest. He has a huge fan following on social media. He also has millions of subscribers on his YouTube channel. He is also followed by millions of people on Instagram and Twitter. More than 7 lakh people follow Danish on Insta alone. In such a situation, bumper voting is expected for them till the finale.

Mohammad Danish’s family is a musical Gharana, and he has taken music training since childhood. This is the reason why Alaps and Fools like him cannot be the rest of the finalists. This art and voice have brought Danish to the finale, and it is believed that he might even make him a winner.

This is also one of the strengths of Danish that he can easily outperform others with his voice and classical singing skills. Danish’s younger brother Tabish is also a great singer. Seeing his singing, it is understood how tremendous musical training must have been in Danish’s house. Danish can also show a glimpse of it in the finale.

Mohammad Danish is a strong contender to become the season winner. However, they have some drawbacks. The biggest negative point with him is that he has been trolled tremendously throughout the season. Regarding his voice, people even said that Danish sings less and shouts more. This could be a reason for low voting for them. Apart from this, Danish lags behind the rest of Pawandeep in that his hand does not play any musical instrument.

If anything will get him the title, it is only his voice. In terms of voice, he is no less than Pawandeep, but Danish proves to be a little weak when it comes to musical instruments. However, there are not many days left for August 15. See whose head adorns the title of winner.