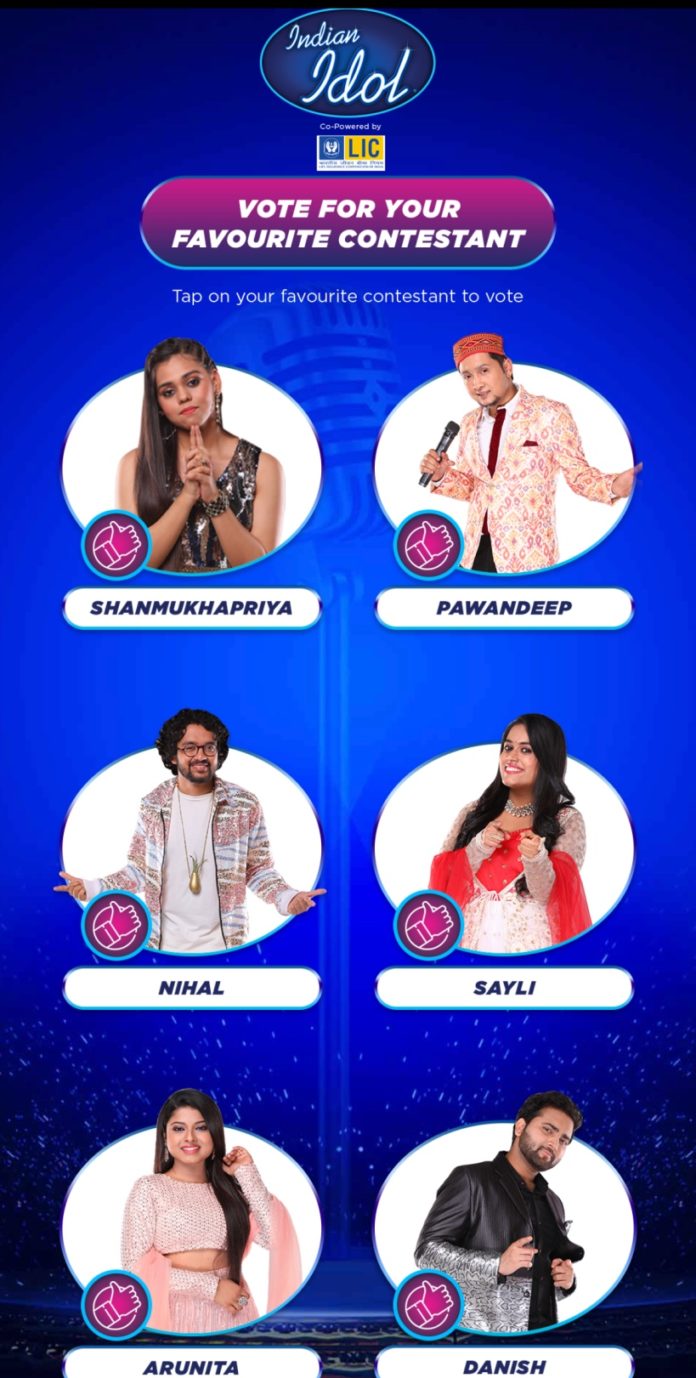 The semi-final episode was telecasted yesterday on the stage of the singing reality show Indian Idol 12. In this special episode, renowned filmmaker Karan Johar came as a special guest. At the end of the episode, one singer was to be evicted from the show, but the makers did not eliminate any singer, taking a shocking decision at the last moment. The show’s host, Aditya Narayan, told who got the most votes in the semi-finals with this announcement.

Aditya Narayan said that Pawandeep Rajan has got the maximum votes in the semifinals episode telecasted last week. He is the first contestant to get the most votes and go to the finale of the season. After this Aditya took the name of Arunita Kanjilal. It is believed that Arunita has got the most votes after Pawandeep.

This season is not the top 5, but the top 6 singers will go to the finale this time. These include Pawandeep Rajan, Arunita Kanjilal, Mohammad Danish, Shanmukh Priya, Sayli Kamble and Nihal Taro. This finale will take place on August 15 and will run for 12 hours. The show’s winner will be announced at the end of the finale, depending on which contestant received a maximum number of votes.

The voting lines have been opened from midnight yesterday and will be available till the final day.

According to voting results, Pawandeep Rajan is leading while Arunita is at number two; here is our unofficial voting poll where you can vote for your favorite contestant.

How to vote for your favorite contestant

ndian Idol Season 12 Online Voting
To support your favorite contestant and give your vote, you can visit Sonyliv’s official website or download the application.