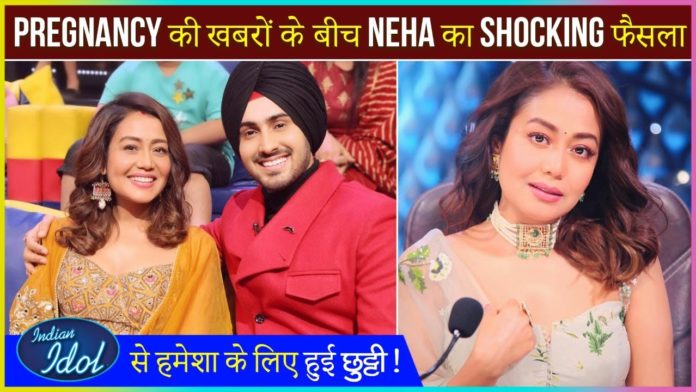 ‘Indian Idol 12’ is being aired on Sony TV for a long time. This show, which is loved among the fans, is finally just a few steps away from its final stop. Yes, the show’s finale is approaching, so the eyes of the fans are on their favorite contestants. But along with this, he is also waiting for Neha Kakkar’s return to the show.

Neha Kakkar has been away from ‘Indian Idol 12’ for a long time. In place of Neha, her sister Sonu Kakkar is seen as a judge in the show these days. In such a situation, now the eyes of the fans are on whether Neha will be seen in the finale of the show?

Neha has been missing from the show before
When the shooting of shows in Maharashtra was banned due to the havoc of Corona, at that time, the team of ‘Indian Idol’ went to Daman for the shoot, Neha refused to go there. In such a situation, the news is now coming that Neha will not be involved in the show’s last episodes.

According to the Times of India, Neha Kakkar will no longer return to Indian Idol 12; not only that, she will not be seen in the finale of the reality show.

According to the news of the TOI, Neha has been seen as a judge in Indian Idol for the past several seasons, but now she wants a break. In such a situation, Neha now wants to give time to herself. Neha, who has achieved success by working hard, now wants to spend her time with her husband, Rohanpreet Singh. This is the reason why she no longer wants to be a part of the show.

However, no official announcement has been made on this news from Neha Kakkar or the team of Indian Idea. Recently, news of Neha Kakkar’s pregnancy has come to the fore. By sharing Neha’s photos, it is constantly being claimed that Neha is pregnant, which is why she is now away from Indian Idol. However, this thing has not been confirmed on behalf of Neha.

Let us tell you that the finale of Indian Idol 12 is on August 15. Currently, the show has its top-6 contestants, including Pawandeep Rajan, Arunita Kanjilal, Sayli Kamble, Shanmukhpriya, Mohd Danish, and Nihal. It is being said that this week the journey of one’s contestant will end, and the remaining 5 contestants will go to the finals.