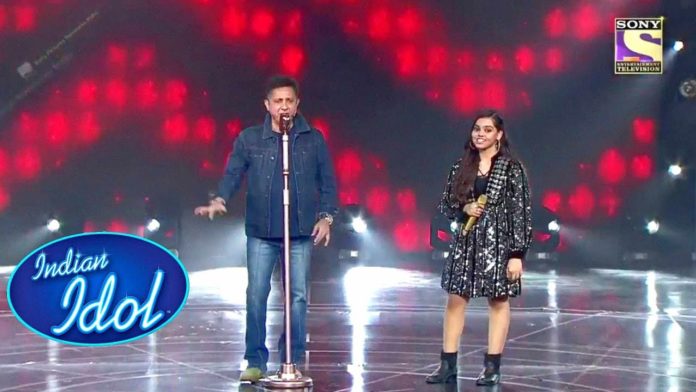 The Singing Reality Show Indian Idol 12 is as popular among audiences as it is also engulfed in controversies. Eid and the 50 episodes of the season were celebrated on the show’s stage last week. During this time, the season’s talented contestants gave excellent performance. Since then, Indian Idol 2021 has started trending on social media. Although not for a compliment but against two singers. People on social media are demanding the exclusion of two contestants from the season.

#IndianIdol2021 shouting is not singing, couple of singers are just shouting

Organisers please stop this Danish and shanmukhpriya shouting in all the songs.. It is irritating, and unbearable. They kill essence of the song and make mockery of it… Especially Danish shouts in every songs. Thats not singing.#IndianIdol2021

Me nd my Bois after listening The Shouting Of Shanmukhpriya and seeing overacting of Danish in every Episode of #IndianIdol2021 ..🥲😑😬 pic.twitter.com/iodPgafD8W

These contestants are none other than singers Mohammed Danish and Shanmukha Priya in the top 5 of the season. People tweeted and demanded that the makers exclude the two singers. People say that Shanmukha Priya sings songs of only one genre and does not know any other type of song. On the other hand, the fans believe that they are less to sing and more to shout. At the same time, the Danish also overacting to an extent.

There are many tweets in which fans are appealing for the exclusion of both singers from the show. At the same time, they have started demanding change of the judges of the show as well. Earlier, the fans had also demanded the exclusion of Sawai Bhat. People believe that the show should have singers like Judge Sonu Nigam, Sunidhi Chauhan and Shreya Ghoshal. Talk about this season, there are currently 9 singers left in the show. These include Pawandeep Rajan, Arunita Kanjilal, Mohammad Danish, Ashish Kulkarni, Sawai Bhat, Sayali Kamble, Anjali Gaikwad, Shanmukh Priya and Nihal Taro. Which singer do you like the most and want to see who becomes the winner of the season?