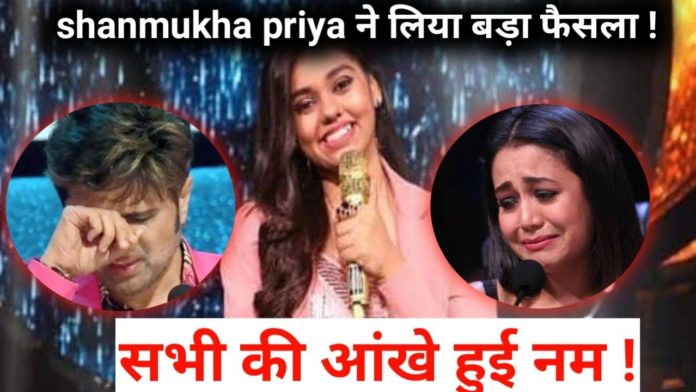 Emerging singer Shanmukhapriya has been trolling for the past few days by the viewers of Sony TV’s Singing reality show ‘Indian Idol 12’. Meanwhile, now South Film Industry has got the support of Shanmukhpriya. A tweet was made on behalf of SIIMA, i.e., South Indian International Movie Awards, last night. In this tweet, Shanmukhpriya was fully supported by SIIMA.

Here's a serious talent to take a note of! #ShanmukhaPriya , from Vizag, has been nothing less than a sensation in this year's Indian Idol. pic.twitter.com/NO9DhrfGWz

SIIMA said in its tweet- “Shanmukhapriya is one such talent in Visakhapatnam, which is not less than a sensation in this year’s Indian Idol.” In another tweet, SIIMA wrote- “This 18-year-old girl can attract judges and audiences due to her brilliant singing.” That’s why Shanmukhapriya is running at the forefront of this race for the Idol Trophy this season. So let’s support her because she is ready to step into the world of music with the storm of her voice. ”

Fans of Indian Idol have been trolling Shanmukhpriya a lot since the Kishore Kumar special episode. Yet, this 18-year-old Indian Idol is trying to move forward, ignoring the 12 contestant trolls. In such a situation, this support given to Shanmukhapriya from South Industry will definitely help in boosting her morale.

SIIMA is a big organization of South, whose award shows together represent Telugu, Tamil, Malayalam, Kannada and represent the entire South Indian cinema.

Even when comparing Michael Jackson with Shanmukhapriya was trolled badly by the users. A fan wrote Michael Jackson was a legend; if you do not compare your singing with that, it is good. For the time being, it will be interesting to see in the show which other South Indian celebrities come forward in support of Shanmukhapriya after SIIMA’s tweet.