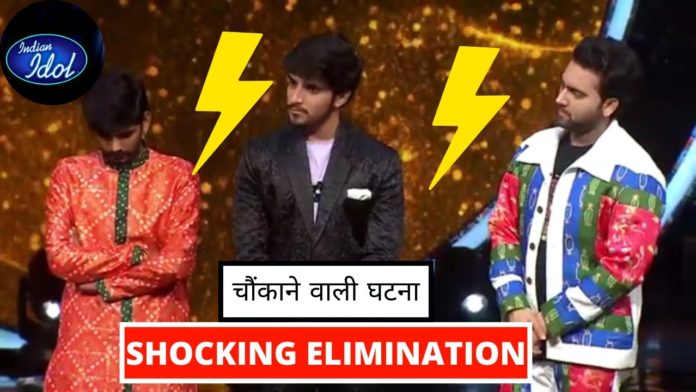 Elimination took place yesterday, 28th March 2021, on Indian Idol 12. Not just an elimination, but let’s say a shocking elimination occurred. One of the most talented contestants on the show, and a terrific performer, Nachiket Lele, dropped out of the show.

With this, everyone is shocked. Not only the fans of Nachiket but also the general audience cannot digest this decision of the makers. Nachiket was the most talented singer of this season, and he won the hearts of the people with his performance every time.

Many times Nachiket entertained people with his amazing performance. For the past few weeks, Nachiket’s performance had seen a lot of improvement when he came as a Danish partner. Now when Nachiket was eliminated from the show, the makers are once again the people’s target.

People say that the makers have sacked Nachiket, favoring Sawai Bhatt. Even in the Holi special episode telecasted on Saturday, when Nachiket performed with Shanmukha Priya and Judge Vishal Dadlani, Nachiket did not even get a chance to sing. Seeing all of this, people are trolling the show fiercely trolling the makers.

People commented that the show’s contestant Sawai Bhat only sings songs on the high pitch. Sawai can sing no soft song. At the same time, another contestant of the show, Shanmukh Priya, also sings every song as a rocking song. That is, the range of songs of both of them is limited.

Nachiket still tries his hand at all kinds of songs. People also alleged that the makers deliberately used to give high pitch songs to Sawai to sing well and stay strong. See what people have said about being outside Nachiket and what is your opinion on this elimination?

This show Indian idol 12 season is rigged. The judges already know who the winner is. They are just fooling the public watching this show. If the judges are scoring each performance, winner should be decided by cumulative point total🙏 which should include points from votes👎

Your judges most certainly won’t miss him. Why have you tagged them?Clearly he was eliminated to have SMP, Sawai, Ashish and Nihal stay. Also, from bottom 5, why did it become bottom 3? Because someone had lower audience votes than Nachikets? About time judges declare their votes

Somehow felt it and announced in a closed group on Saturday that it would be Nachiket this time who would be sent out of the show as he was not allowed to sing in this episode and only Shanmukhapriya was screaming with Vishal ji.And it happened! Indian Idol is nomore REALITY show