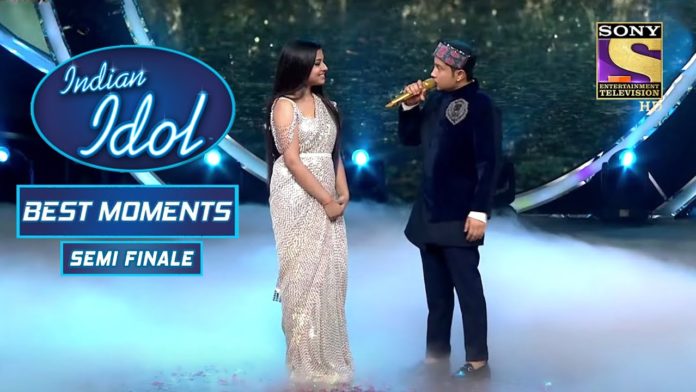 Singing reality shows Indian Idol 12 makers have given many surprises to the fans during the entire season. At present, the top 6 singers are left in the season, and last week some singers had to be cut from the season. One of the 6 had to go out of the show, and the top 5 were to be selected for the finale. Its responsibility was given to well-known filmmaker Karan Johar. However, just before the finale, the makers once again surprised and surprised the audience.

Actually, in the Karan Johar special episode telecasted last week, some singers had to be evicted. However, this did not happen as soon as it was the turn of elimination, the host of the show, Aditya Narayan, announced to take the top 6 to the finale, not the top 5. This time, the finale will not be the top 5, but the top 6, and there will be a war between them for the trophy of the season. As soon as the episode ended last week, Aditya said whose name I will take will be the finalist of this year. After this, Aditya took the names Pawandeep, Arunita, Danish, and Sayli.

Now left Nihal and Shanmukh Priya, one of these was to be chosen, but Aditya took the name and said who is the fifth finalist. She is a beautiful Priya. Hearing this, everyone was shocked and then started dancing. Aditya said that all 6 singers are going to the finale this season, and now no one will be out. On August 15, there will be a fierce competition for the trophy between Pawandeep Rajan, Arunita Kanjilal, Mohammad Danish, Shanmukh Priya, Sayli Kamble, and Nihal Taro.

Now it’s in the public’s hands to decide the winner as the voting lines are open to supporting your favorite contestant. Voting can be done on the Sonyliv app or Sonyliv website, or First Cry website.

As of 10th August 2021, these are the voting results, according to the unofficial poll. This usually mirrors with the official results: