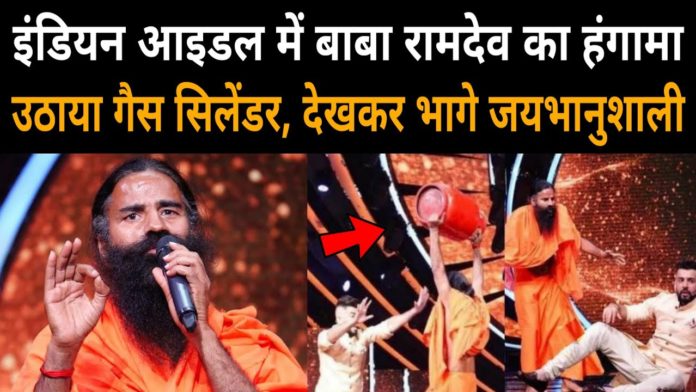 Baba Ramdev arrived as a guest on TV’s most popular show, ‘Indian Idol 12’. Many photos of him are coming out from the front. Corona cases are increasing rapidly across the country. From the general public, many stars of the entertainment world are falling prey to COVID-19. From shooting sets to TV shows to films, many corona cases are coming up.

Meanwhile, the show’s makers are completing their shoots ahead. Recently Indian Idol makers have also completed the shooting of their performance. This time Yoga Guru Baba Ramdev had arrived as a special guest in the show. In the show, Ramdev also gave many tips to people to avoid corona. At the same time, some pictures are coming out from the show. In which Baba Ramdev is seen showing incredible strength. 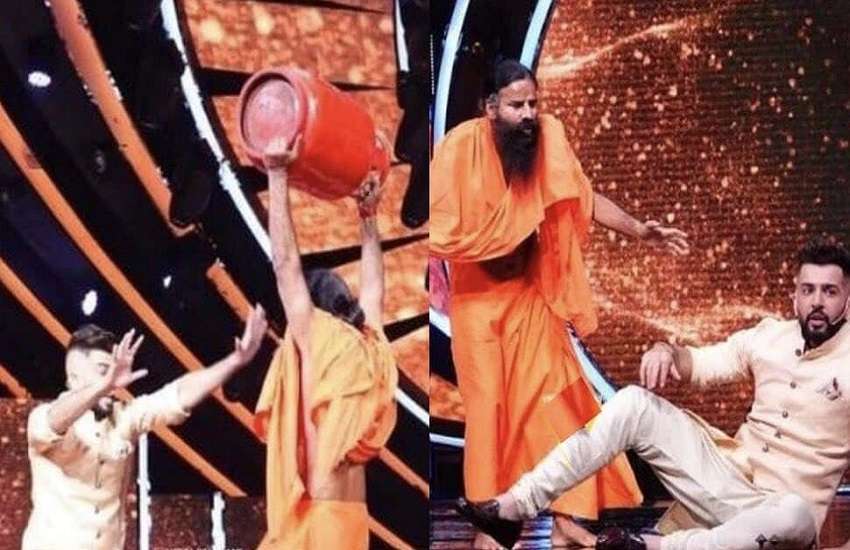 After actress Rekha and AR Rahman, yoga guru Baba Ramdev arrived on the set of Indian Idol. He had a lot of fun with the show’s host Jai Bhanushali; Baba Ramdev appeared on the show’s set, lifting the cylinder. After picking up, he seemed to demonstrate his strength.

He also performed many yoga poses. Seeing this, Jai Bhanushali sat on the ground of the stage of the show. These pictures of Baba Ramdev lifting the cylinder are becoming increasingly viral on social media. At the same time, people are also sharing their reactions to the photos.
Indian idol

Jayaprada will be seen on the show
In this episode of Indian Idol, you will also see the famous actress Jayaprada who passed away with Baba Ramdev. During this time, the show’s Contestant actress will be seen performing on the songs. During this time, Baba Ramdev and Jayaprada are also seen encouraging all the participants. Indian Idol 12 is being judged by singers Neha Kakkar, Himesh Reshammiya, and Vishal Dadlani.