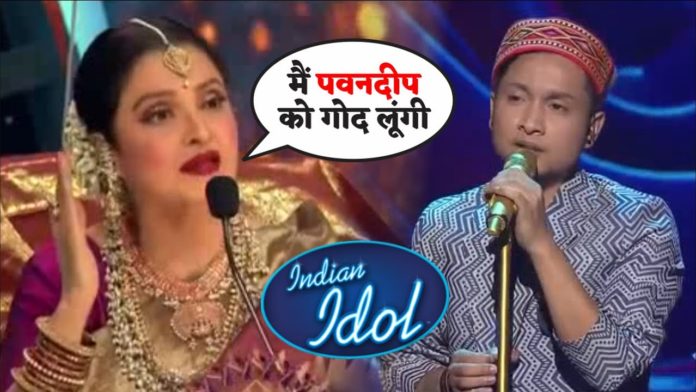 Sony Entertainment Television’s most popular show, Indian Idol 12, is gaining a lot of TRP on TV these days, and there is a buzz of this show everywhere. Everyone is talking about this show. The amazing young talent on the show is attracting many big personalities of Bollywood. Indian Idol 12 has now become the biggest reality singing show to be aired on TV. This week by Bollywood’s finest actress Rekha will be on the show.

When singer Sawai Bhatt performs a soothing song, everyone on the set, including Rekha, will be emotional. After getting good reviews from all the three judges, Rekha said, ‘Sawai, I have become very emotional after listening to this song sung by you. We all know that you are a unique singer with a melodious voice, but the power to touch someone’s heart with your music is only in pure singing, which you have. I went, and Rekha came and wiped her tears too.

After coming on the set, Rekha had said, “Sawai, we all know that you like Paneer vegetable, and I have brought it from home for you.” Later, Rekha fed Sawai with her own hands.

Simultaneously, in the upcoming Idol episode, we will see Shanmukhapriya performing Rekha’s ‘Kaisi Paigal Jindagani’ song on the stage. This song from the film Parineeta was filmed on Rekha, Sanjay Dutt, and Vidya Balan. After the brilliant performance of Shanmukhapriya, everyone present on the set appreciated her talent and gave her a standing ovation. Not only this, Rekha praised Shanmukhapriya and said that you are a great and talented singer. I liked the style of singing your song; it was quite spectacular and worth watching.

On 28th March 2021, as per the judge’s scores, the bottom 3 contestants were Sawai Bhatt, Nachiket Lele, and Danish. From them, Nachiket got eliminated.