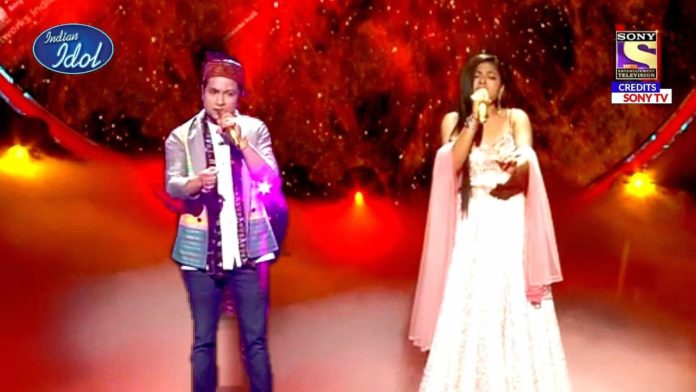 Sony TV’s sensational musical reality show, Indian Idol Season 12 is back this weekend. The special episode on Saturday (31st of July 2021) will feature the special guests like Randhir Kapoor. This weekend will feature the top 6 Indian Idols competing for a slot in the Indian Idol 12 Grand Finale. The quest to enter the top 5 finalists begins as elimination danger looms large.

No elimination took place last week in Indian Idol 12 in the last two weeks. Ashish Kulkarni was the last elimination in the show.

The judges’ panel featuring Anu Malik, Himesh Reshmaiyaa, and Sonu Kakkar will witness some of the glorious music delights of this weekend. The special renditions on Sunday’s episode will feature the Friendship special episode guests, Kavitha Krishnamurthy and Kumar Sanu. However, the audience is eagerly awaiting the next elimination of Indian Idol 12.

The episode on Saturday (31st of July 2021) for Indian Idol 12 will feature the nostaligc performances of India’s top 6 blessed singers from their hearts to the living legend, Randhir Kapoor. One of the most consistent performers, Arunita impressed the special guest with her performance which was a treat to the audience. However, will Arunita become the first finalist of Indian Idol 12?

Pawandeep cruised into the top 6 performers in Indian Idol 12. In spite of the disappointment of losing his best friend, Ashish due to elimination, Pawandeep chalked out a brilliant performance of the superhit song ‘Jeena Yahaan’. He received accolades from Randhir Kapoor and the judges.