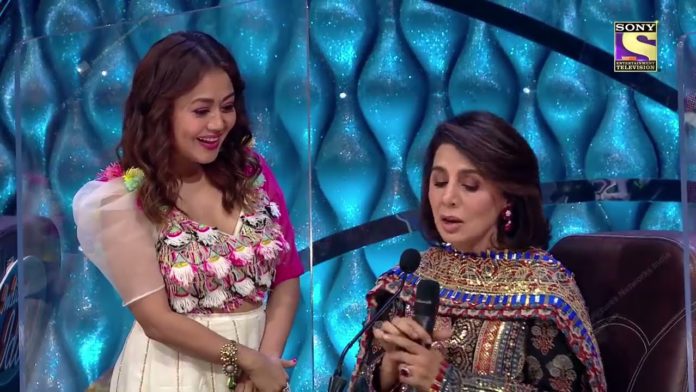 India’s biggest singing reality show, Indian Idol 12 is back this weekend with an entertaining episode with special guest Neetu Kapoor. This will be followed by blistering Holi special performances. Indian Idol 12 makes its presence felt every weekend with its stellar bunch of talented singers.

A vibrant and encouraging judges panel including Himesh Reshammiya, Neha Kakkar, and Vishal Dadlani will witness yet another weekend filled with melodious performances. However, five talented singers were eliminated so far. The quest for sixth elimination continues to intrigue the audience. Hence, this week’s performances will be decisive for the top 10 Idols.

The episode on Saturday (27th of March 2021) for Indian Idol 12 will feature a special appearance by Neetu Kapoor. The veteran actor Rishi Kapoor’s wife is moved by her son, Ranbir’s video and praises for some of the scintillating performances from the Idols of this season. Neetu shared a heartwrenching story of how she met Rishi Kapoor.  This is followed by Danish and Nachiket’s amazing performance.

Apart from Danish and Nachiket, Sawai Bhatt, Ashish, and Pawandeep are other standout performers. As expected, Sayli and Ashish cook up a crackling performance with the judge Neha Kakkar. However, it would be interesting to see if it is enough to save them from elimination.

Shanmukhapriya and Nachiket choose an amazing song ‘Balam Pichkari’ for the Holi special episode. Vishal Dadlani grooves with the two bright singers of Indian Idol 12. However, it is unsure if they will make the cut this week.