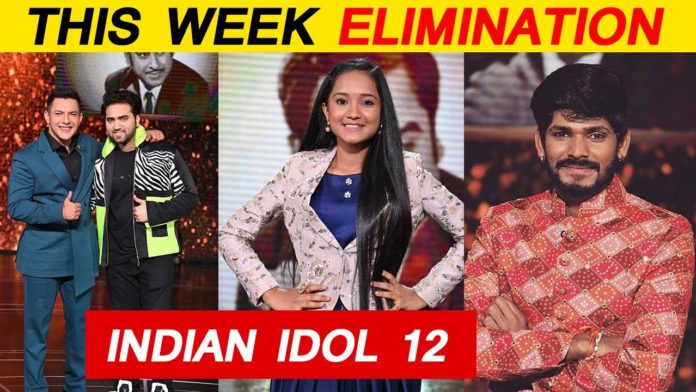 Sony TV’s TRP busting musical reality show, Indian Idol 12 returns this weekend with some blissful performances from the Shravan Rathod tribute episode. The special guests for this episode are the famous singers from the 1990s, Anuradha Paudwal and Kumar Sanu. Nine singers will perform some superhits from the archives of Shravan Rathod. However, the elimination suspense grips the audience as the seventh elimination of Indian Idol 12 is expected this week.

The judges’ panel featuring Anu Malik, Himesh Reshmaiyaa, and Neha Kakkar will witness some of the best performances of this edition. The special guests will be flanked by Roop Kumar Rathod. However, six talented Indian Idols from season 12 were eliminated so far. The suspense of the seventh elimination continues to trigger the fans of the show for the last six weeks. Hence, this week’s performances will be crucial for the top 9 Idols.

The episode on Saturday (22nd of May 2021) for Indian Idol 12 will feature a special appearance by Roop Kumar Rathod and Kumar Sanu. Special songs from the legendary singer’s performances take the limelight in this weekend’s episode. However, there were competitive duo performances in the episodes featured this weekend.

The amazing song ‘Dil Hai Ki Manta Nahi’ won the hearts of the audience from the 90s was performed by Pawandeep and Arunita as the singer is cementing her way into the Indian Idol 12 finals. However, the competition continues to build after the absence of elimination for seven weeks.

Idol Ashish and Shanmukha Priya performed one of the best songs from Shravan Rathod in this week’s Indian Idol 12 episode continue to woo the special guests, judges, and audience. The potential finalists chalked out a very special performance and the special guests of the finest performances in the ten seasons of Indian Idol. However, will their performance be good enough to enter the top 5?

Indian Idol 12 Elimination 13th June: Ashish vs Shanmukha Priya, Who Will Be the Eighth Elimination This Week?