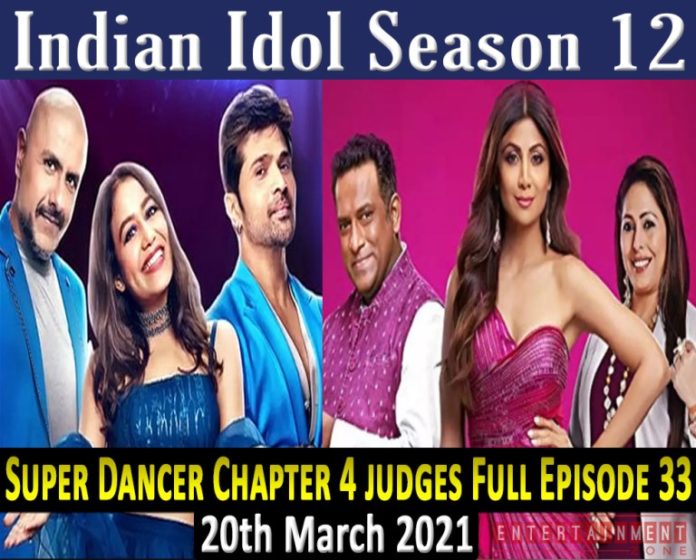 India’s greatest singing reality show, Indian Idol 12 will feature a riveting special episode starring the judges of Super Dancer Season 4. After an enthralling 90’s special episode on Saturday, the contestants and judges gear up for elimination on Sunday.

However, the top 10 contestants will come out with all their guns blazing to enter the next phase of the competition. Also, the show will change timings from next week which might impact audience viewership.

The episode on Sunday (21st of March 2021) for Indian Idol 12 will feature special appearances by judges of Super Dancer 4 – Shilpa Shetty, Geetha, and Anurag. The veteran dance masters and Shilpa showers praises for some of the heartmoving performances from the Idols of this season.

However, an interesting twist awaits the superstar of this season Pawandeep. Pawandeep performs for a heart-touching rendition of ‘Humari Adhoori Kahani’ song. A mesmerized Shilpa Shetty and the audience remain awestruck after Pawandeep’s performance.

Apart from Pawandeep, Ashish, and Shanmuka are other standout performers. As expected, the duo cooks up a crackling performance of the song ‘Alvida’ which earns the praise from the judges of Super Dancer 4. Shilpa Shetty gives them a ‘super se oopar’ salutation.

As the show nears its decisive phase, Indian Idol 12 finalists will be announced soon. According to the current performances and fan base, Pawandeep will be the first finalist of Indian Idol 12. Apart from Pawandeep, Ashish, Danish, and Shanmukha Priya will be the other finalists of this season. However, an official confirmation is awaited regarding the same.