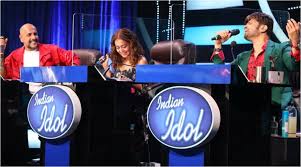 India’s biggest singing reality show franchise, ‘Super Singer Season 8’ is back this weekend with some amazing songs sung by its contestants. There will be a Mother’s special episode which will bring out some emotional scenes in Saturday’s episode. The obvious judge who will shed some tears will be Neha Kakkar as the contestants of Indian Idol 12 battle for another elimination safety this week.

Anusha Banerjee’s performance was a standout while the other contestants gave their best efforts. The judges were moved by several amazing performances by the talents of Indian Idol 12. The theme for this weekend in Indian Idol 12 will revolve around the mother’s special songs. Anusha sung the song ‘Nuka Chuppi’ which moved her mother and her judges. Himesh was another judge who was happy with the performance of Anusha.

Danish’s performance was a standout compared to the others. Danish sung the song ‘Mai Re’ which moved Vishal Dadlani. Nihal Tauro mesmerized the judges with his rendition of “Kya Itna Bura Hoon Hai Main Maa”. The special guest for this weekend’s episode of Indian Idol 12 was lyricist, Manoj Munstashir. Manoj shared a heart touching poerry about his mother which was widely appreciated by the audience.

Indian Idol 12 is entering a decisive phase in the competition. So far, three eliminations took place in this edition of Indian Idol. Sahil, Vaishnav and Samyak Prasana were the contestants who were eliminated. The last elimination took place on the episode on 31st January 2021.

The suspense around the fourth elimination of Indian Idol 12 will be revealed in the upcoming episodes. There are high chances of a female contestant getting eliminated this time around in Indian Idol 12.