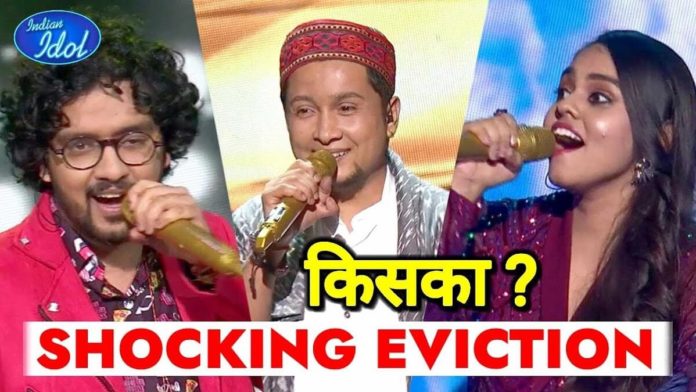 Ashish Kulkarni succumbed to elimination last week in Indian Idol 12. Though it was surprising, Ashish took it positively.

The judges’ panel featuring Anu Malik, Himesh Reshmaiyaa, and Sonu Kakkar will witness some of the glorious music delights of this weekend. The special renditions on Sunday’s episode will feature the actor Karishma Kapoor. However, the audience is eagerly awaiting the next elimination of Indian Idol 12.

The episode on Saturday (17th of July 2021) for Indian Idol 12 will feature the scintillating performances of India’s top 6 blessed singers from their hearts to the living legend, Dharmendra. One of the most consistent performers, Arunita impressed Dharmendra and Anit Raj with her performance of ‘Aap Ki Nazaron’ which was a treat to the audience. However, will Arunita become the first finalist of Indian Idol 12?

Nihal cruised into the top 6 performers in Indian Idol 12. In spite of lurking around in danger of elimination for quite some time, Nihal chalked out a brilliant performance of the superhit song ‘Poocho Zara Poocho’. He received accolades from Karishma Kapoor with a standing ovation.

Idol Shanmukhapriya performed one of her favorites in this week’s Indian Idol 12 episode. She performed the song, ‘Mera Pyaar’ which impressed Asha Bhosle. However, with every elimination, the netizens target the contestant from Andhra Pradhesh about her position in the top 6.