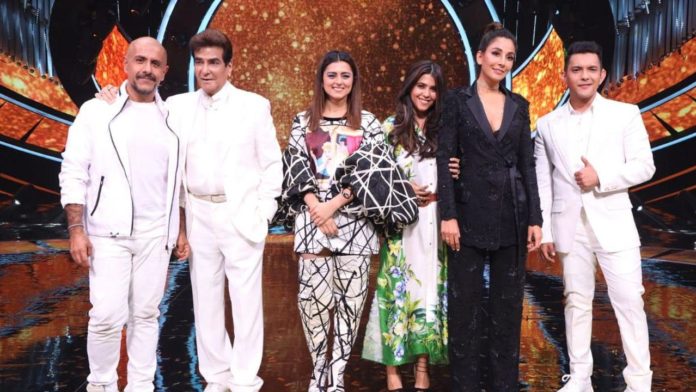 Indian Idol 12 is back with yet another weekend filled with melodious performances, special guests gracing the stage. The coveted singing reality show, Indian Idol 12 is making its presence felt with a stellar group of talented contestants. The hosts, Himesh Reshammiya, Neha Kakkar, and Vishal Dadlani will witness another weekend filled with gracious performances.

The episode on Saturday (13th of March 2021) for Indian Idol 12 will feature special appearances by legendary actor Jeetendra and his daughter Ekta Kapoor. The veteran actor will enjoy the performances of some of his favorite songs. The standout performers of this weekend will be Arunita and Pawandeep. Pawandeep impressed Jeetendra with one of his movie’s songs, ‘O Saathiya’.

Ekta Kapoor will promote ‘The Married Woman’ along with Ridhi Dogra and Monica Dogra.

Pawandeep is consistently impressing with his sheer talent and love for music. From singing diverse songs and playing different instruments, the young singer is the highlight of the show. However, Arunita will share this weekend’s limelight with a stunning performance that received special appreciation from Ekta Kapoor.

Ashish made a cracking performance with the song, ‘Nainon Mein Sapna’ will impressed the special guests as well as the audience.

Eleven contestants will perform on the Indian Idol 12 stage as they fight to continue their journey. Four eliminations took place so far and the quest for reaching the top 10 intensifies this weekend.

Two weeks ago, Anushka Banerjee was the last contestant to be eliminated. However, the suspense around the fifth elimination of Indian Idol 12 will be revealed this week. Sahil Solanki, Vaishnav, and Samyak Prasanna were the other eliminations so far. According to reports, one female contestant will be eliminated this weekend.

The following contestants were in the danger zone while Pawandeep was saved:

Sireesha was eliminated from Indian idol 12.