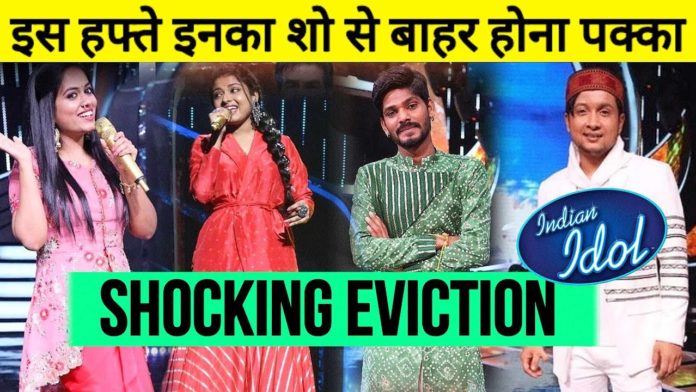 Sony TV’s brilliant musical reality show, Indian Idol 12 is back this weekend with some sensational performances from the ‘HR Ka Suroor’ special episodes. The special guests for Saturday’s episode are the famous singers, Himesh Reshmaiyaa and Sonu Kakkar. Eight singers will perform some superhits from the archives of Himesh. However, the elimination suspense grips the audience as the eighth elimination of Indian Idol 12 is expected this week.

The judges’ panel featuring Anu Malik, Himesh Reshmaiyaa, and Neha Kakkar will witness some of the memorable attempts of this season. The special guest on Sunday’s episode will feature the hit songs of Himesh. However, seven talented Indian Idols from season 12 were eliminated so far. The suspense of the eighth elimination continues to trigger the fans of the show after last week’s shocking eviction. Hence, this week’s performances will be critical for the top 8 Idols.

The episode on Saturday (12th of June 2021) for Indian Idol 12 will feature the special performances of India’s favorite songs. Ashish impresses with a stellar performance of ‘Sach Keh Rahaa Hai’ in this weekend’s episode. However, there were equally good performances from the other contestants like Sayli and Danish.

Sayli Kamble impressed yet again with a special song from the archives of Himesh Reshmaiyya. The judge and singer were impressed with her rendition. However, the competition continues to build after the road to the finale stiffens.

Idol Danish performed one of the best songs from Himesh in this week’s Indian Idol 12 episode continues to woo the special guests, judges, and audience. The potential finalist chalked out a very special performance with the special guest of the finest performances in the ten seasons of Indian Idol. However, will their performance be good enough to enter the top 5?

The currently active eight Idols will perform this week on the Indian Idol 12 stage. However, it will be the last performance for one of the singers. Seven singers were eliminated so far from Indian Idol 12. The suspense behind the eighth elimination is lurking in the minds of the audience from the last week.

The fight to enter the top 7 of Indian Idol 12 will reach an epic showdown this week. Anjali was the last contestant to be eliminated. Nachiket, Sahil Solanki, Vaishnav, Sireesha, Anushka Banerjee, and Samyak Prasanna were the other eliminations so far. According to reports, one male contestant will be eliminated this weekend.