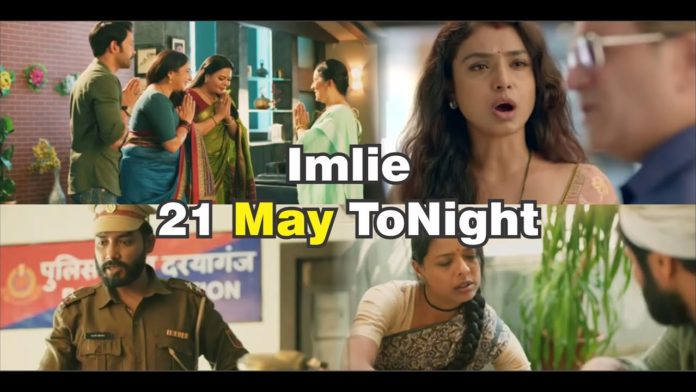 The life of Imlie and Aditya of Star Plus TV serial ‘Imli’ (TV Show Imlie) is confused. Aditya agrees to leave Malini to get Imlie. At the same time, Malini is also trying her best to save her failed marriage. As you have seen in the serial ‘Sambul Touqueer Khan’ story so far, Satyakam tries to kill Aditya, but Tamri arrives at the right time to save Aditya. Seeing Imli weeping, Aditya (Gashmeer Mahajani) lies to him.

On the other hand, a new storm is coming into Malini’s life. Malini will be surprised to know about her step-sister. After which, Malini will start searching for her half-sister. In the upcoming episodes of Gashmeer Mahajani, Sumbul Touqueer Khan, and Mayuri Deshmukh starrer ‘Imli,’ you will see Malini talking to Anuja about her half-sister.

Malini would say that Dev had an affair in Pagadandiya 20 years ago. As soon as this thing comes to mind, Malini suspects that there may be some connection between Dev and Imlie. Dev becomes emotional whenever he hears about Imlie. Malini will get a clue about her half-sister, in many cases.

Watch the promo of the serial ‘Imlie’


Aditya will try to convince Mithi and Satyakam that he will keep his right to Imlie. Sweet and Satyakam will be happy after hearing this. At the same time, Aditya’s mother will decide that Imlie has no place in their house. She will talk to the whole family about this. Aparna will say that Aditya and Malini’s marriage is in danger due to Imlie. In such a situation, the return of Imlie can end this relationship completely.