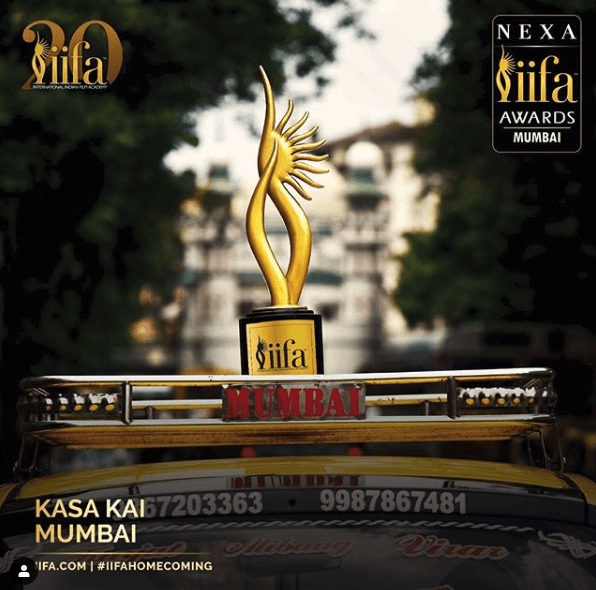 The 2019 IIFA Awards is titled as “NEXA IIFA Awards 2019” and this will be the 20th year of celebration for IIFA. It will be held in Mumbai at Dome NSCI SVP Stadium on Wednesday 18th September 2019.

Which Channel to Air IIFA Awards 2019

How to Watch IIFA Awards 2019 Online

Hold your breath as the homecoming celebration, the 20th edition of IIFA 2019 is around the corner. A mélange of Indian Cinema, fashion, music and dance, the highly- awaited global phenomena IIFA Celebrations: NEXA IIFA Awards will be held in Mumbai on 18th September, 2019.

Addressing the media at the IIFA 2019 inaugural conference, Wiz Sabbas Joseph, Co-Founder, Director, Wizcraft International said, “IIFA is a Global celebration with a purpose to bring people and cultures together. My business partners Wizzes Andre Timmins and Wizzes Viraf Sarkari join me in expressing our gratefulness to the multiple countries that have hosted the IIFAs over the last 19 years and the film industry for its commitment to the IIFA dream. After traveling across the world, we are delighted to celebrate the 20th edition of the IIFA journey in the home of Hindi Cinema, our very own Mumbai city.”

The prestigious 20th edition of the IIFA Awards is presented by NEXA and would be broadcasted on Colors Viacom18 for the fifth consecutive year.

Speaking on the occasion, Salman Khan said, “It has always been a pleasure to be a part of IIFA & the Wizcraft family over the years. This year’s homecoming is exceptional and very close to my heart, I am excited to celebrate and contribute to the homecoming of Indian cinema’s mega celebration. Over the last 19 years, IIFA has not only given Indian Cinema an International platform but it has also provided a wonderful opportunity to connect with our fans internationally. It makes me particularly happy to perform at NEXA IIFA Awards in our very own Aamchi Mumbai – the birth place of Indian cinema, this September.”

Indian Actress, Madhuri Dixit who’s going to perform at the main NEXA IIFA Awards Night, said, “IIFA truly is an inspiring platform, a global phenomenon with a massive fan following year after year that celebrates the brilliance of Indian Cinema worldwide. I am honored to be a part of 20th homecoming celebrations and I wish IIFA all the success as we mark the homecoming edition of the grandiose global event here in Mumbai.”

Commenting on the occasion, Actor, Katrina Kaif, said, “IIFA is a great opportunity for the entire film fraternity to connect with their fans on both national and international platforms. I am personally very thrilled to perform at NEXA IIFA Awards 2019 and I look forward to having a great time at the 20th homecoming celebration of Indian Cinema, in Mumbai.”

The biggest night of Indian cinema, NEXA IIFA AWARDS presentation ceremony will also witness the felicitation of individuals who have made outstanding contributions to Indian cinema: the master of dance and choreography, Saroj Khan and the master of comedy, Syed Ishtiaq Ahmed Jafri, aka Jagdeep, both of whom have had remarkable careers and have delivered phenomenal performances on the silver screen.

Adding to the excitement this year, IIFA has proudly announced THE IIFA 20 years Special Honours: 5 Special awards to celebrate the Winner among Winners from across the 19 IIFAs, the nominees for which would include all winners over the glorious 19-year journey. Click on this link & VOTE NOW: https://specialawards.iifa.com

Further, The Nominations For The Homecoming Edition of NEXA IIFA Awards 2019 were revealed recently. ‘Andhadhun’ has amassed the highest number of nominations, 13 in total while ‘Padmaavat’ & ‘Raazi’ followed with 10 Nominations each. Global Voting is still LIVE and open to everyone at https://popularawards.iifa.com/

Performance in a Leading Role Female

Performance in a Leading Role Male

Performance in a Supporting Role Female

Performance in a Supporting Role Male