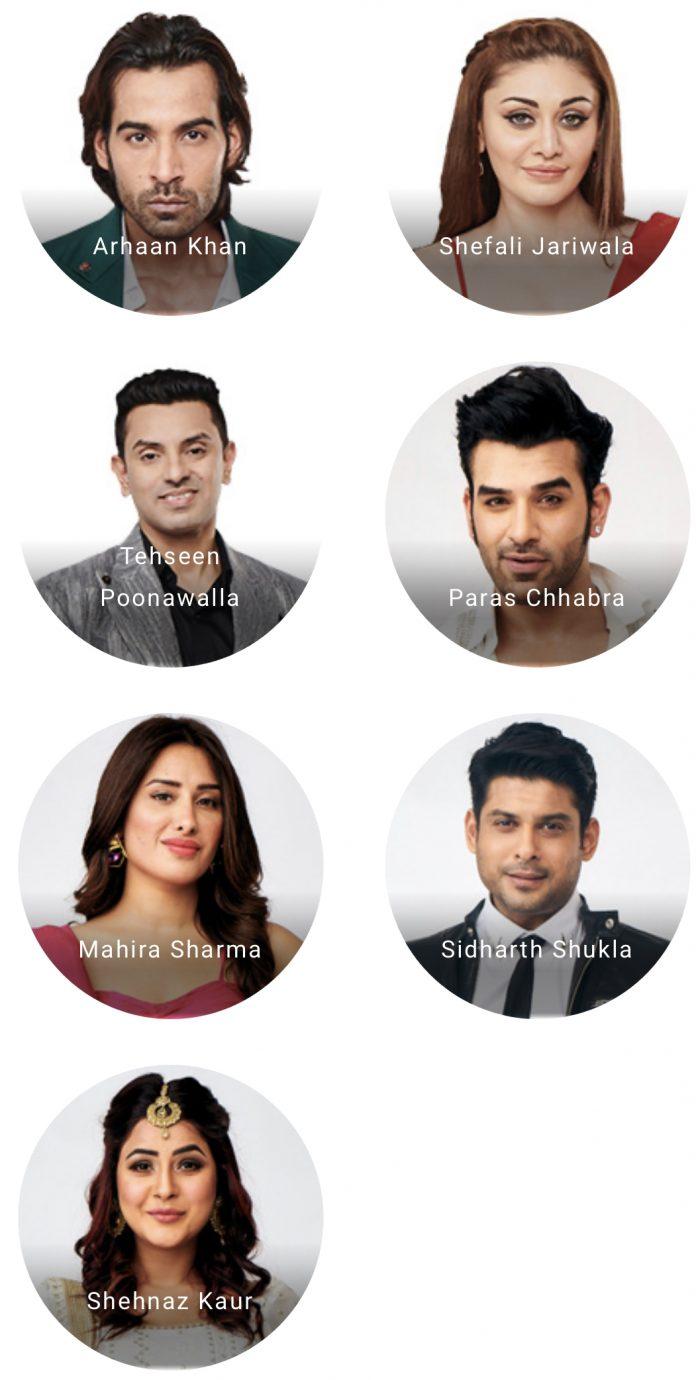 As expected, Siddharth Shukla is leading in major polling reports on day 1 of audience voting. However, it was surprising to see many contestants including wildcard entries getting nominated for eliminations this week. Though the contestants are fighting hard to get saved from evictions, the tasks are getting tougher and intense by the day.

Siddharth Shukla and Shehnaaz lead the way. However, these are early trends which can swing either way. Mahira and Shefali Jariwala are not safe by a mile. Though, Tehseen and Paras are trailing the voting trends can change based on the performances in the upcoming week.

Vote for your favourite contestants
Created with Quiz Maker