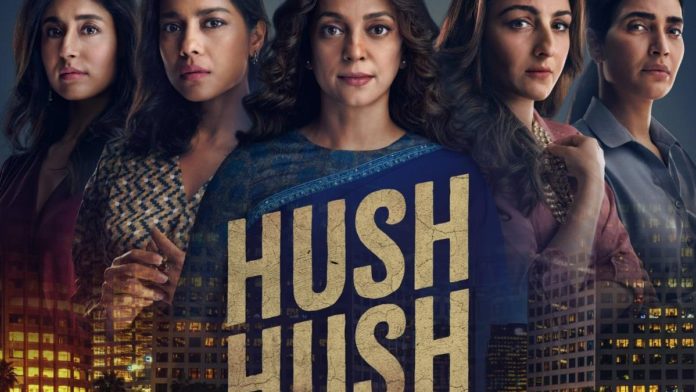 The stellar cast of ‘Hush Hush’ will also continue to rule the roost in ‘Hush Hush’ Season 2. Juhi Chawla, Soha Ali Khan, Kritika Kamra, Shahana Goswami, Karishma Tanna, and Ayesha Jhulka will continue to feature in the second leg of the web series.

‘Hush Hush’ Review and What to Expect in Season 2?

While the expectations of ‘Hush Hush’ soared thanks to Juhi Chawla’s debut OTT appearance and a strong women cast, the much awaited web series failed to meet the expectations. ‘Hush Hush’ fails to deliver in terms of its plot as it wishes to convey what’s missing in the lives of the elite in India.

The narration of Hush Hush fails to grab the attention required for a thriller as the narration is excruciating slow. The ending of Hush Hush doesn’t leave a cliffhanger ending but instead leaves the plot potential widely open.