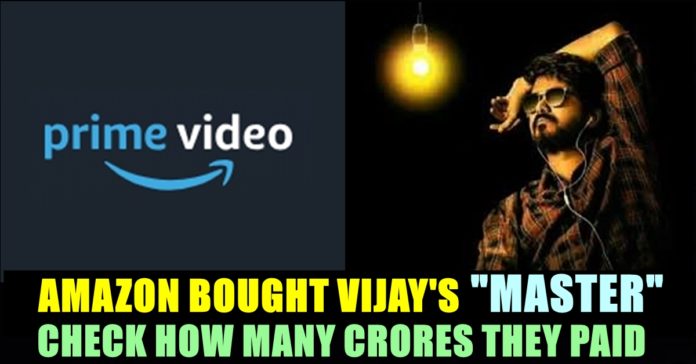 Amazon Prime Video bagged the OTT release rights for the biggest blockbuster movie of this year so far, ‘Master’. Thalapathy Vijay starrer, Master created an insane amount of buzz after its release on Pongal. With a record-breaking collection of over INR 100 crores, Master cruised past Covid-19 restrictions and negative sentiments.

However, dwindling occupancy rates and concerns about overseas collection prompted damage control. Master faced severe reductions in earnings in the American and European markets due to the Covid-19 lockdowns imposed in these regions. In India, the occupancy rates dipped though there were limited releases after Pongal.