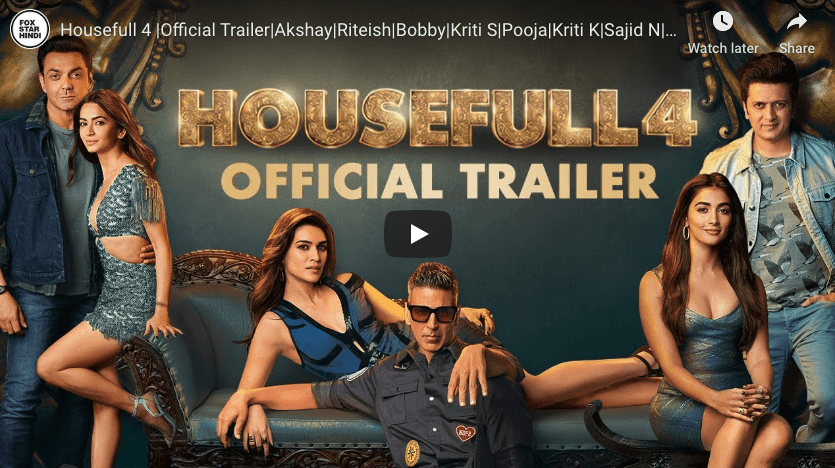 Akshay Kumar, Bobby Deol and Ritesh Deshmukh are all set to release their tremendous comedy film Housefull 4 this Diwali. These three actors have been busy promoting Housefull 4 for the past several days so that their film can make a big open on the occasion of Diwali. However, this dream of these artists may break. Actually, the craze is not seen among audience for Housefull 4, which was expected. If you are wondering why we are saying this, then here is the reason for slow advance booking of the film Housefull 4.

Advance booking of #Housefull4 is poor till now, expecting advance sale to escalate from tomorrow (Wednesday), full fledge shows allocation yet to begin at plexes .

Let us tell you that in the month of October, the war of Hrithik Roshan and Tiger Shroff was released, which went on to gross box office. The film has captured the title of 7th highest grossing film of Bollywood in just 20 days. This can be a big reason that viewers are showing indifference to Housefull 4. However, this does not mean that the film will not be able to record Dhansu figures at the box office. The housefuls of trade experts Akshay Kumar and Bobby Deol are expecting 4 strong figures and believe that the Diwali occasion will benefit it immensely.