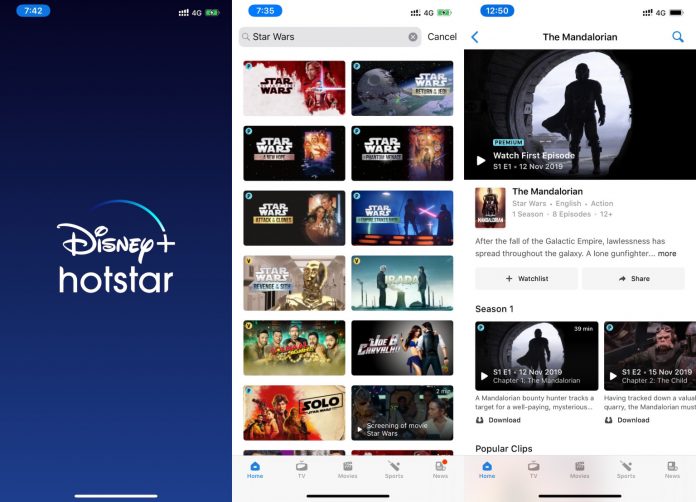 The much awaited arrival of Disney+ in India has happened a week earlier than its scheduled launch. Disney+ has given Hotstar, India’s leading digital streaming platform a refreshing touch.

Disney+ which owns Star India and Hotstar will be using its existing service unlike its strategy for the United States, Canada and Australia.

Currently, Hotstar’s premium subscription is available for a discounted price of INR 999 per year. However, Hotstar has not announced any price revisions yet.

Disney+ Hotstar’s official launch date is scheduled for the 29th of March 2020. However, according to reports, the current releases on Hotstar+ Disney is a part of a soft launch (beta version) of the app.

Disney+ Hotstar app will feature the existing 4000+ titles apart from the original titles of Disney which is now available on the app. The entire collection of Disney+ titles will be live from the 29th of March.

As the Disney+ Hotstar app description reads, “For our India users, we’re bringing the world’s best stories from the best storytellers at Disney, Marvel, Pixar and Star Wars. 200+ movies, 100+ shows and 30+ originals!”

Diary of a Future President

One Day at Disney

Pick of the Litter

The World According to Jeff Goldblum

Disney+ is slated to release some Marvel TV series’ this year. This includes The Falcon And The Winter Soldier in August 2020, followed by WandaVision later in December.