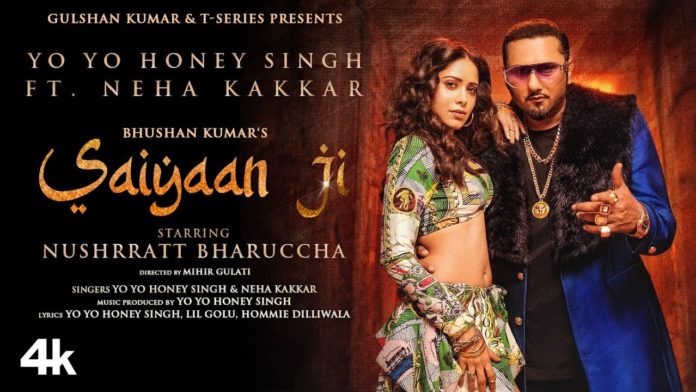 Famous singer and rapper Yo Yo Honey Singh’s new song ‘Saiyaan Ji’ is making a stir on social media. Fans like this song very much. While the lyrics are quite catchy and cool on one side, Nushrat Bharucha in the video, on the other hand, is robbing the hearts of the people with her killer style and dance moves. Nushrat’s hot style is worth seeing in this son ‘Saiyaan Ji’.

‘Saiyaan Ji’ song is going viral on the Internet. Released a day ago, this song has received more than 1.4 Million likes so far. In the song ‘Saiyaan Ji,’ the actress is seen doing a great dance. Neha Kakkar has also given her voice in this song.

At the same time, this song has been prepared under the banner of T-Series. Before this, Honey Singh’s song ‘First Kiss’ and ‘Jingle Bell’ were released, and fans have shown their love and support to those songs as well.