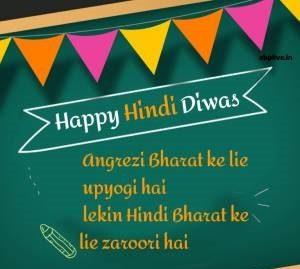 6500, it is not just a figure, but so many languages ​​are spoken or written all over the world. Hindi is making its global identity in this fair of languages. Words like Aadhaar, Good and Bapu have not only been adopted by Oxford Dictionary but Hindi words are being included in many international forums as well. According to Oxford World Dictionary ‘World English Editor’ Danica Salazar, 900 words of Hindi have been found in the dictionary so far. Every year Indian words are getting in place. There is abundance of Hindi among them.


The importance of Hindi was established only when it became the most powerful contact language connecting the whole country at the time of freedom struggle. All the leaders of that era believed that if any Indian language can help in uniting the countrymen, then it is Hindi. The power of Hindi was understood by Gandhi and also by Subhash Chandra Bose, the leader. Acharya Binova Bhave had said that if I had not taken the support of Hindi, then I would not have been able to convey the message of Bhoodan, Gram Dan from village to village from Kashmir to Kanyakumari and Assam to Kerala.

Oxford has included the Hindi word ‘Chaddi’ in its list of English words in the March edition. Similarly, Bapu, Surya Namaskar and good words have also made a place in this dictionary. In 2017, around 70 Indian words were included by Oxford, of which 33 were in Hindi. Nari Shakti was awarded the title of ‘Hindi Word of the Year’ in 2017 and Aadhaar in 2018. According to Abhay Maurya, a long-time famous treasurer and editor working to make Hindi prosperous, any dictionary needs words from other languages, including Hindi.

According to Professor Ram Prakash Saxena, who teaches Hindi in India and abroad, people are taught Hindi under community service in the United States and Britain.

Hindi paved the way for national unity. He also realized that the development of India and the defense of national unity were possible only with the full development of regional languages. Hindi has the power to connect India through it. Hindi still has to gain its place. He also has to break the false belief that the language of development is English. If English had indeed been the language of development, first Japan and then Germany and China would not have achieved miraculous progress in their language.

In recent times, Hindi has made remarkable progress and reach, but cannot be satisfied only that it has become the most spoken language in the country. To acquire the knowledge, science and technology and government and non-governmental work ie employment language should also be made. When this happens, he will achieve his position. To achieve this, Hindi will need the support and support of non-Hindi speakers. This can be achieved only when it is successful to overcome the fears of other linguists towards Hindi.

Hindi lovers have to be cautious

In order to avoid any kind of apprehension about Hindi among non-Hindi speakers, Hindi lovers will have to be vigilant and in this order remember those Hindi speakers who contributed to the expansion of Hindi in different periods. It should also remember those people of non-Hindi speaking areas who come forward to protest Hindi on some pretext. By doing this, they hurt Hindi as well as other regional languages, because whenever there is any accusation from anywhere in the country against Hindi, knowingly and unknowingly its benefit goes to the English part.

English culture a threat to Hindi

It should be kept in mind that the domination of English in the Civil Services Examination was fought only when students of other Indian languages ​​united with Hindi speaking students. This solidarity needs to be further enhanced, as the English-born English culture, the mindset of understanding itself as unique, remains a threat to other Indian languages ​​along with Hindi.

Very few people will be aware that modern Hindi prose was born in Fort William College, Calcutta, in the non-Hindi region when the head of the Hindustani Language Department was a Bengali-speaking Tarini Charan friend. Hindi’s first weekly newspaper, ‘Udant Martand’, came out of the Hindi-speaking region of Calcutta on 30 May 1826. Hindi’s first daily newspaper, ‘News Corruption’, also came out of Calcutta in 1854. It was extracted by Bengali-speaking Shyamsunder Sen. In 1907, the Bengali-speaking Justice Sharadacharan Mitra published a magazine called ‘Devanagar’ for the purpose of expanding the Devanagari script.

Nalini Mohan Sanyal got the distinction of being the first MA in Hindi by a Bengali speaker. This could be because the first vice-chancellor in the country started studying MA in Hindi in 1919 at the University of Calcutta, Sir Ashutosh Mukherjee. It was in view of Netaji Subhash Chandra Bose’s Hindi love that he was made the chairman of the reception committee of the National Language Conference held in Calcutta on 20 December 1928. There he gave a historical speech in favor of Hindi in Hindi itself. Gurudev Rabindranath Tagore appointed Acharya Hazariprasad Dwivedi in Shantiniketan as a Hindi teacher in 1930 and established Hindi Bhavan in 1940. Similarly, the Hindi speakers of Eastern India, Central India, North India, South India and Northeast India did important work to irrigate Hindi in different periods.

We should also not forget that a Hindi-speaking writer gave his martyrdom for the Devanagari script. This was Bineshwar Brahm. He is known as the ‘Navdevata of Devanagari’ in Assam. Mahatma Gandhi has contributed the most to make Hindi a national form. In 1934, Hindi propaganda in Northeast India started with the inspiration of Mahatma Gandhi. In 1936, he established the Rashtrabhasha Prachar Samiti in Wardha and sent his youngest son Devdas Gandhi to Madras for Hindi propaganda in South India. Swami Satyadev Parivrajak along with Devdas Gandhi went to Madras in 1918 and started the promotion of Hindi in South India. They are both considered the first Hindi pracharaks of South India. Prior to this, in 1927, the Hindi propaganda work of South India was separated from the control of Hindi Sahitya Sammelan, Prayag and a body called South India Hindi Prachar Sabha was formed. This institution is still promoting Hindi in Andhra Pradesh, Tamil Nadu, Karnataka and Kerala.


Reading in Hindi in schools in South India

Due to the works of South India Hindi Prachar Sabha, teaching in Hindi started from school to university level in every state of South India. In October 1941, a Hindi section was introduced in Malayalam’s famous weekly magazine ‘Matrubhoomi’. It is considered a historical event in Kerala journalism. For nearly a year, Hindi poetry, story, articles, travelogue were published under the Hindi column in ‘Motherland’.

Hindi is confined to the status of Official Language

In fact, only on developing such understanding of mutual partnership and mutual sensitization between Indian languages ​​will the expansion of the All India Realization and then the Hindi Day will be celebrated in the true sense on an all India level. Today if Hindi is confined to the status of the official language, it is probably because people of all Indian languages ​​are unable to agree that it should become the national language. It needs to be understood that the expansion and development of Hindi is in the interest of other Indian languages.