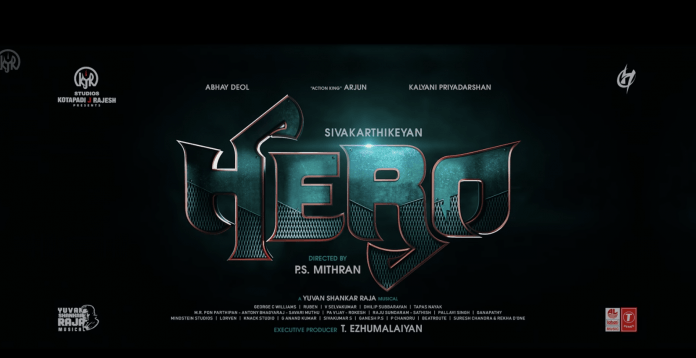 Sivakarthikeyan’s much awaited movie Hero is releasing this month 20th December 2019 and the official trailer was released an hour ago. The trailer has received tremendous response and is moving towards half a million views in an hour. This would be the first Sivakarthikeyan movie where he will take up the role of a Super Hero and Abhey Deol as main antagonist making his much awaited Tamil movie debut. Kalyani Priyadarshan will be making her Tamil movie debut in this movie and she is the daughter of veteran director Priyadarshan. Action King Arjun will be doing a supportive role and trailer shows that Hero movie has a social message and it will revolved around the education system in India. #HeroTrailer is trending on Twitter. Check out the trailer below