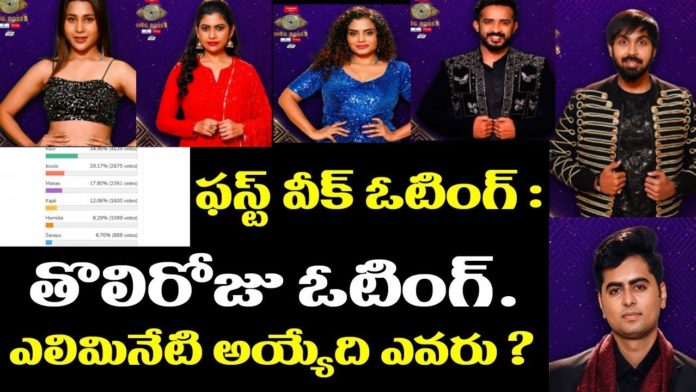 What makes the Bigg Boss game so good is the nominations, eliminations, and voting processes. Voting determines the player’s future in this weekly process. However, in the first week, anchor Ravi, Manas, Sarayu, Kajal, Hamida, and Jaswant (Jessie) were nominated. Let’s learn how to vote for your favorite contestant out of these six.

For Season 1 and Season 2, the elimination process was carried out using votes cast online using the ‘Google’ voting system. ‘ The whole process changed after the arrival of the HotStar voting. It changed the voting process from Season 3. The same voting process is being followed for the fourth season as well as the fifth season. There are two ways to vote. One is to vote through the HotStar app, and the other is to vote by missed call.

How to vote by Hotstar App:
If you have not downloaded the Hotstar app, then see the process below to vote. Go to Play Store and download and install Hotstar. After selecting the language, The list of programs aired on Hotstar related to Telugu will be displayed. Once you select Bigg Boss, the latest episode will be played in it. Below that is written VOTE in green. As soon as you click on VOTE, you will be asked to enter the login. This login can be from a Facebook or mobile number.

Continue press after logging in. If the phone number is entered, OTP comes to the relevant number. Enter the OTP number and give the name, age, and other details, and a new account will be created. (If you are already using the Hotstar app, you can vote without this process)

The account thus created will show photos of those who were nominated for elimination that week. 10 votes can be given to each contestant. Apart from that, we can also share these ten votes as we like.

Voting is open until 12 midnight on Friday. Votes are invalid after that due to the elimination process on Saturday and Sunday.