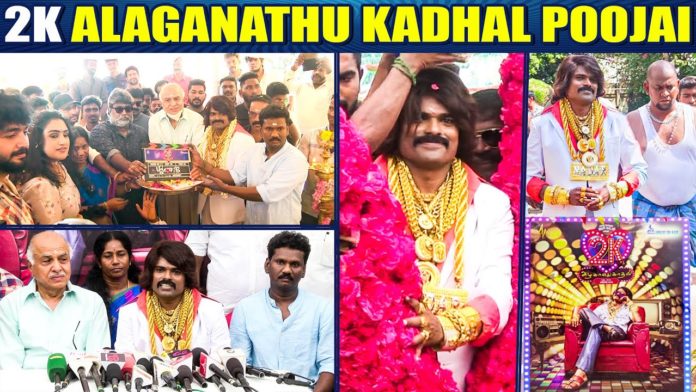 It has been reported that Hari Nadar, who is said to be a ‘Goldman,’ will be paired with Vanitha in his upcoming film.

The film ‘2k Azhaganathu Kadhal” is produced and starring Hari Nadar. Muthamil Verma will direct the film. The film’s puja was held in Chennai today and was attended by many, including Super Good Films RB Chaudhary.

It has been announced that the film will be directed by Muthamil Verma and will have Vanitha Vijayakumar in the lead role. Filming for this movie is set to begin soon.

When asked about starring in the film, Hari Nadar said, ‘Director Muthamil Verma told the story you have to act in this film. He also told me that this story would go down to today’s generation only if you act according to this film’s story. So I listened to this story, and I was told that I had come forward not only with the consent to act but also to produce this film because I liked the story.’