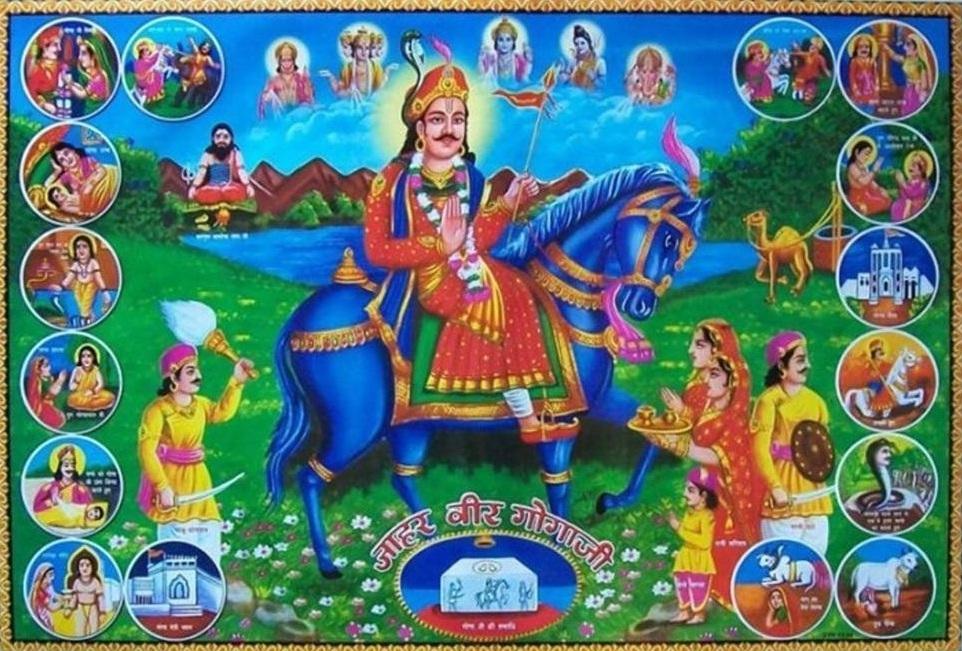 How to worship Goga Dev

This year, the Navami date of Krishna Paksha of Bhadrapada month is coming on 25 August, Sunday. This date is famous as Goga Navami. On this day, the birth anniversary of Goga Dev (Shri Jaharveer) is celebrated with great pomp. Nagas are worshiped on this day. It is believed that worshiping Goga Dev protects against snakes. Worship of Goga Dev starts from Shravani Purnima and this pooja lasts for 9 days i.e. Goga Dev is worshiped till Navami Tithi, hence it is called Goga Navami.

According to a legend related to Goga Dev Maharaj, Goga Dev was born with the blessings of Yogi Gorakshanath of the Nath sect. It was Yogi Gorakshanath who gave his mother Bachchal the elusive Guggal in the form of prasad, due to which Goga Dev (Jahveer) was born from Maharani Bachal.

This festival is celebrated with great reverence and faith. On this occasion, the devotees of Baba Jaharveer (Gogaji) make the altar of Ishtadeva in their homes and make a monolithic light awakening and listen to the heroic saga and birth story of Goga Devji. This practice is called Jaharvir’s Jot Katha Jagran. Fairs are held on this day in many places and processions are taken out. This caravan of scars originates throughout the night in many cities. On this day, the devotees offer Jahveer Puja and Havan in their homes and offer Kheer and Malpua to them.

What is done on the day of Goga Navami

In relation to Goga Navami, it is believed that keeping the soil of the place of worship in the house is not serpentine. It is believed that Veer Goga Dev fulfills all the wishes of his devotees. This festival of Goga Navami celebrated on Bhadrapada Krishna Navami is quite famous.