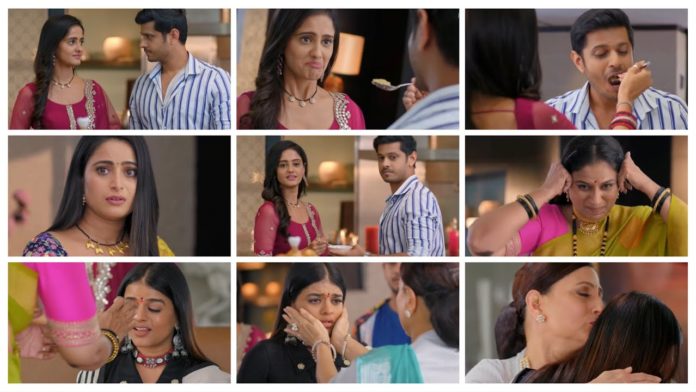 Star Plus’ show ‘Gum Hai Kisikey Pyaar Mein’ is very much liked among the fans. Even in TRP, the show occupies the first place. In such a situation, fans are liking the closeness between Virat and Sai. Soon on the show, we will see that Virat will feed Sai in front of everyone. Due to which Pakhi is going to look bad again.

After the arrival at Virat’s house, Sai calls Devyani and Pulkit to eat at home. On seeing both of them at home, Bhavini turns red yellow and narrates them both a lot. After which, Say alone tells Bhavini that she knows that Devyani’s daughter is Jindi.

On May 20, the show has shown that Bhavini stops her daughter and Damad from going after the pole is exposed in front of Say. Not only this, Kaku hugs her daughter and loves her a lot; she also gives her gifts. After that, Devayani also becomes very happy.

Then everyone sits down to eat food, and there Virat once again loses love on the sai. Virat feeds the sai sweet. However, he also has some fun with Say. During this time, the love between the two is clearly seen. But Pakhi feels bad once again, looking close to Virat’s sai.

She is jealous of seeing Sai and Virat together. Whereas in the upcoming episodes, you will see that Pakhi says that if Saye somehow gets everyone on his side, he will be in trouble. She is upset to accept Kaku as Say. She says she will do something soon about this. That is, Pakhi will once again try to separate Sayi and Virat. Fans have liked this serial with a love story plot, and it’s a hit among the viewers. Many new types of twists are also being introduced in the show.