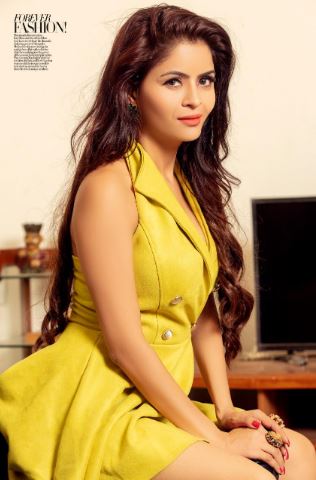 Vandana Tiwari known by her stage name Gehana Vasisth, is an Indian actress, model, and television presenter. she has worked in many web series including Gandi Baat season 3 on Alt Balaji.

She worked as a model for international brands including ‘Philips Arena’, ‘Chevrolet Cruize car, ‘Dreamstone jewellery’, ‘Palak sarees’ and many more. She did about 70 advertisements. She was introduced as an anchor in Sahara One Television Channel. Later she did a lead role in the serial Behenein on Star Plus and appeared as VJ on True Life show on MTV India. She was anchor for Cricket World Cup 2015 for a news channel along with Yograj Singh and Atul Wassan.