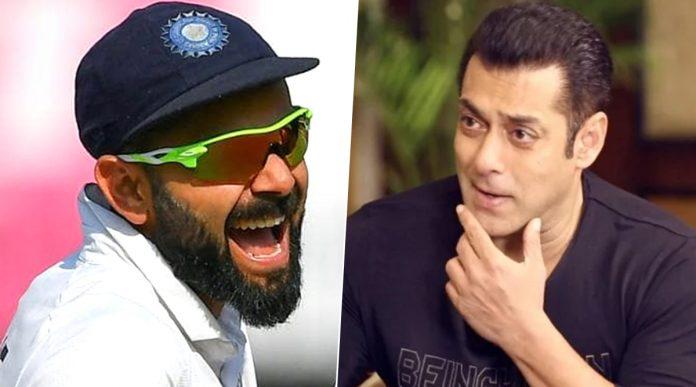 Forbes India Celebrity 100 List 2019: Virat Kohli surpassed Salman Khan, placed in first place – Forbes has released the list of top 100 celebrities of India for the year 2019. Salman Khan has failed to retain his place in this list for the first time. Indian captain Virat Kohli has got his place in the first position, beating him. At the same time, Salman has come down from the first position to the third position. Salman was at the top of this list since 2016. At the same time, Akshay Kumar is second in this list. His total income was stated to be 293.25 crores. At the same time, Salman earned Rs 229.25 crore, whereas he released just one film ‘Bharat’ this year.


It is also being said in media reports that if ‘Dabangg 3’ had been released some time ago, then Salman might have gone further in terms of earnings. If we talk about Virat Kohli, according to the report, he has earned 252.72. He did this income from October 1, 2018 to September 30, 2019. This includes his cricket match fees, brand endorsement as well as earnings from Instagram posts.

The names of these celebrities are also included in this list. It is seen for the first time that this year two women celebrities have made their way to the top position in this list. These include Deepika Padukone and Alia Bhatt.